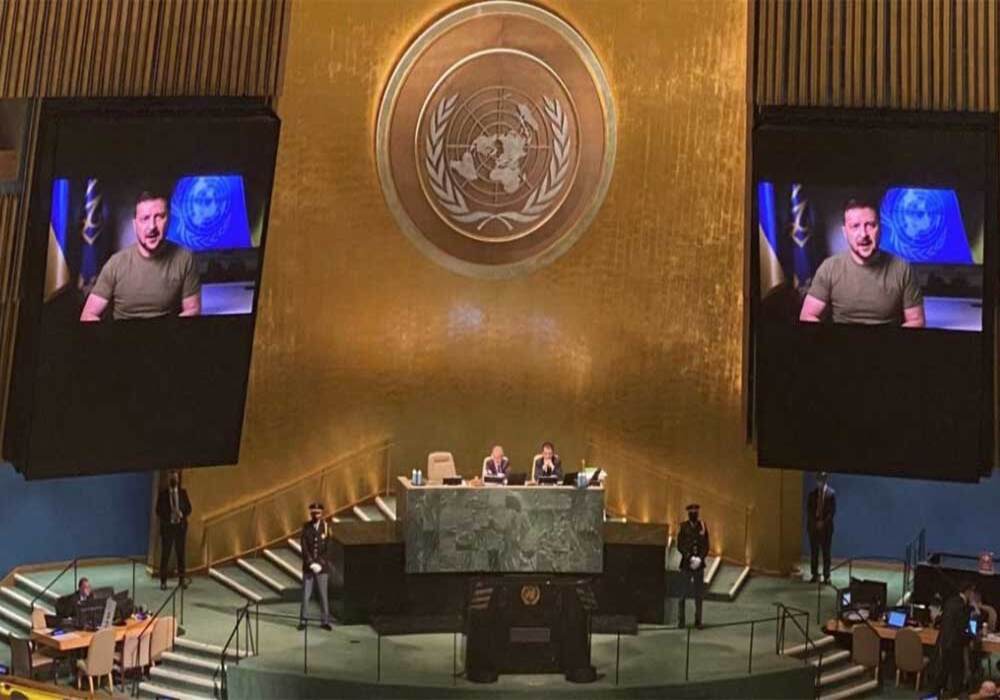 In a pre-recorded address to the UN General Assembly on Wednesday, on the second day of the 77th session, Zelensky said Kyiv had a five-point, non-negotiable proposal to establish “durable peace”.

He rejected any possibility of a peace proposal other that Ukraine’s and dismissed suggestions that his country should adopt “neutrality”.

Talking about the repercussions for Russia, Zelensky said that they should include “punishment for the crime of aggression. Punishment for violation of borders and territorial integrity. The punishment must be in place until the internationally recognized border is restored”.

He further added, “…This is the first item of our peace formula. Comprehensive item. Punishment.”

Zelensky also said that the only thing that was not in Ukraine’s formula was “neutrality”. He also called out states that had a neutral stance on the Russian invasion of Ukraine by saying, “Those who speak of neutrality, when human values and peace are under attack, mean something else.”

Zelensky said that peace settlement could only happen on a framework different from the Ukrainian peace formula.