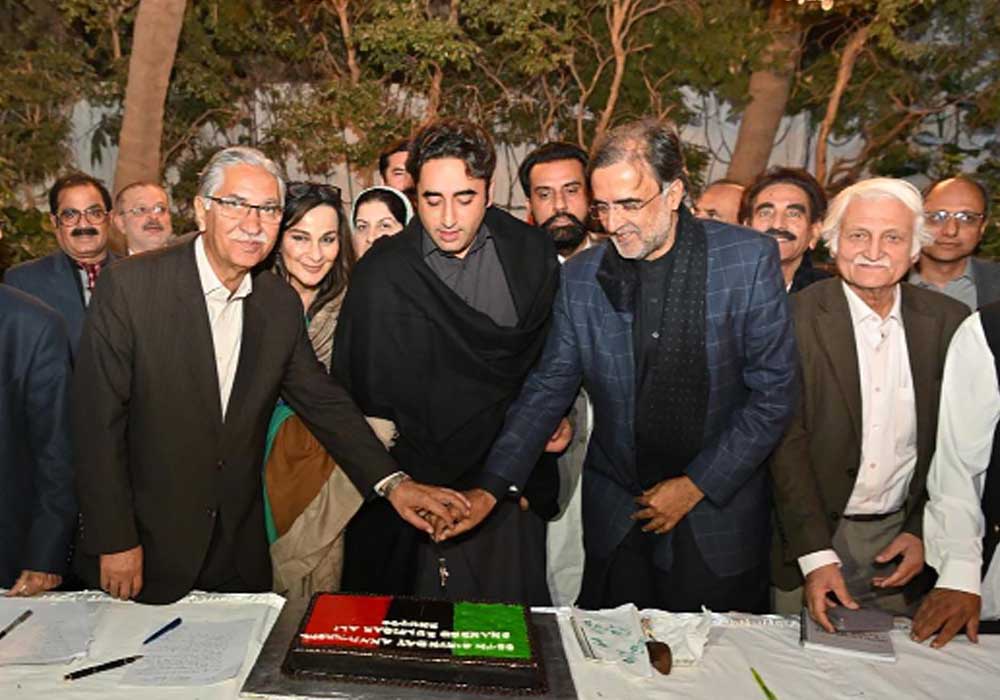 The 95th birthday of the founder of the Pakistan People’s Party (PPP) and former prime minister Zulfikar Ali Bhutto was celebrated on Thursday with great zeal and enthusiasm.

In this connection, Quran Khawani was held at the mausoleum of the martyrs of Bhutto’s family at Garhi Khuda Bux.

On the occasion, collective prayer was also held in Garhi Khuda Bux Bhutto for the departed souls of Zulfikar Ali Bhutto, Mohtarma Benazir Bhutto and others. Leaders and workers of the PPP, students of various schools people belonging to all walks of life participated in ceremony.

Free food (langar) was also distributed among the participants. PPP divisional, district leaders and workers went to Garhi Khuda Bux Bhutto and offered Fateha on the graves of Zulfikar Ali Bhutto, Benazir Bhutto and others.

Speaking on the occasion, MNA Junejo said that Zulfikar Ali Bhutto’s struggle, ideology and sacrifices were unparalleled and eternal, adding that he was the leader of the people, who laid the foundation for making Pakistan’s politics, economy and state friendly for the first time and Bhutto was a great benefactor of Pakistan, a hero of the Islamic world.

He said that PPP under the leadership of Asif Ali Zardari and Bilawal Bhutto Zardari would complete the unfinished mission of ZA Bhutto.

MNA and other leaders said that Zulfikar Ali Bhutto made Pakistan a nuclear power and served the people by speaking about their rights. They said that the Bhutto family is famous for sacrifices and rules the hearts of the people.

They said that when ZA Bhutto came into practical politics, he became the center of Pakistan’s politics in a very short period due to his skills.

A cake was cut to celebrate the 95th birthday of ZA Bhutto on the occasion.

Former Senator Dr Safdar Ali Abbasi on the occasion paid a rich tribute to Zulfikar Ali Bhutto for his invaluable services to the country and its people.

Meanwhile, PPP Chairman Bilawal Bhutto Zardari urged the top judiciary for an immediate hearing of the presidential reference pending since last 12 years about the judicial assassination of the country’s first elected prime minister Zulfikar Ali Bhutto, saying that if even the founder of the constitution and democracy could not get justice, then who would get justice in the country?

Addressing a press conference at Media Cell Bilawal House Karachi after the meeting of the Central Executive Committee held on the occasion of the 95th birth anniversary of Zulfikar Ali Bhutto, Bilawal Bhutto Zardari said appealed to the government and the federal law minister that there should be justice in the presidential reference, which had been pending in the court for 12 years. “If you don’t want to give justice to the Quaid-e-Awam, lock the courts and tell the people not to come to us for the justice,” he added.