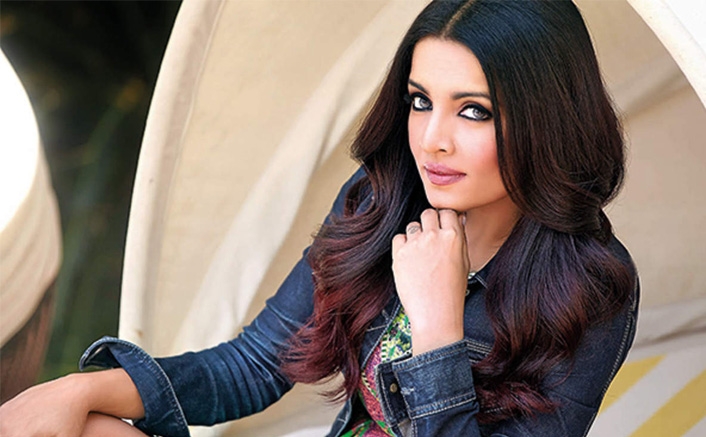 Celina Jaitlyâ€™s quest to trace her familyâ€™s blood lineage to Punjab love tale hero Ranjha of Takht Hazara, is fairly understandable. After all, the ancestors of the famous Indian actress and former beauty queen belonged to the soil where hero of the legend â€œHeer Ranjhaâ€ was born some five centuries earlier.

Since the Jaitlys, the Saraswati Brahman of Punjab, lived in Kirana Bar (area between River Chenab and River Jehlum and one of the four bar regions of Punjab along with Neeli Bar, Ganji Bar and Sandal Bar) for centuries, they would certainly connect to Ranjhas of Takht Hazara â€” the birthplace of Dheedo Ranjha, situated at the bank of River Chenab some 20 kilometres east of Sargodha district.

The speculation started when Celina posted pictures of her great grandfather’s haveli on Instagram. She referred to the possibility of being a descendent of Dheedo Ranjha and sought help from her Pakistani followers and fans to unfold the reality.

“A few months ago I received some pictures of one of our many ancestral properties from my fathers side in now Pakistan. This haveli was built with great love by my great grandfather in his ancestral village during the British era. Eerily I had dreams of this particular property and itâ€™s grandeur in its hay days as a child even though no one in my family had seen this property or had images of it. I havenâ€™t been able to stop looking at these pictures for I feel deeply connected to the emotion with which my ancestors built this. To see my great grandfathers haveli/mansion built with so much love being abandoned and engulfed by the neglect of a centuryâ€™s nature around it, left my heart asking many questions. What does truly belong to us? We spend our entire life building, nesting, accumulating. One instance of history changes the course of generations to come. In this case the partition of India & Pakistan. My deep thirst for accumulating knowledge about my very mixed genealogy since my parents passing in an endeavour to find my true roots has been overwhelming me to know and investigate more. I also received an interesting piece information, apparently my bloodline from my fathers side are the true descendants of â€œRanjhaâ€™sâ€ family lineage (Famous story of Heer-Ranjha) our cultural equivalent of Romeo from the famed Romeo & Juliet who lived in this village in some ancient past. Having said that if any of my followers from Pakistan have more information or are able to access this property I would love to see the pictures of the interiors or any left over memoirs or people that may connect me to a lost past. This Haveli still holds my great grandfathers (P Badrinath Jaitly, 1931) as you can see it embedded on the walls, it is in the village TAKHT HAZARA (Birth Place of my ancestor â€œRanjhaâ€) dist. Sargodha, Pakistan.

We inherit from our ancestors gifts so often taken for granted. Each of us contains within this inheritance of soul.We are links between the ages, containing past and present expectations, sacred memories and future promise.”

Though, the answer to Celina’s quest could easily be found through tracing her ancestral DNA, Minute Mirror tried to trace some historical references.

Celinaâ€™s paternal ancestors migrated from Takht Hazara in 1947. Her great grandfather Badri Nath Jaitly built the beautiful mansion and a garden in the town in 1931. The 90-year-old building is in a dilapidated condition and desperately needs attention from the Archaeological Department and Punjab government.

Badri Nath was a rich and powerful Punjabi Sarswati Brahman of the area. Jaitlys are traditionally called Panjatias (five races of elite Punjabi Brahmans) along with people who have the surnames Mohla, Trikha, Kumharia and Jinghan. A historian and teacher from Jhang Asghar Koriana says that though Jaitlys call themselves the Brahman elite, they lived in the Jhang-Sargodha area before 1947. Since the Chenab valley remained the stronghold of Jat tribes for centuries and the Jaitly word itself seems to be derived from Jat, it is possible that they are also Jats instead of Brahmans. Hence, Koriana adds, it could not be ruled out that Jaitlys of Takht Hazara had blood links with the Ranjhas of the town.

â€œDheedo Ranjha born as Muslim during Bahlul Lodi rule over India. Jaitly Brahman and other Hindu Brahman and Rajput clans were also living there at that time. It is certain all Hindu Muslim families enjoy social relations, but Jaitelys-Ranjhas have no blood relations or at least we donâ€™t have any known historical reference about it,â€ says Zaki Naqvi, another young historian from Kot Shakir village of Jhang.

Historians differ on the question of the origin of the Ranjha tribe itself. Some say they are Jat, others call them Rajput converted Muslims and some claim they are Arabs and the Quraish (the tribe of Prophet Muhammad peace be upon him), who settled first in Ghazni, Afghanistan and then travelled to the sub-continent along with the armies of Mahmud of Ghazni. They later settled in Chenab valley, which makes up most of todayâ€™s Jhang, Sargodha, Gujrat, Mandi Bahauddin and Jhelum districts of west Punjab. Interestingly, 1911 census of British did not include Ranjhas in Jat tribes of Mandi Bahauddin and Gujrat, but they were living there in majority.

Early British writers on Punjab ethnography such as Sir Denzil Ibbetson classified Ranjhas as Bhatti Rajputs. Horace Arthur Rose also rejected that they are Arabs. A historian in his blog â€œnewpakistanhistorianâ€ writes that Ranjha, the son of Durranah, founded the town of Nasirpur, near Sargodha. He and his three sons Khamb (said to be the ancestor of the Khamb tribe), Chuha and Jhal, divided the Bar among themselves.

Dheedo Ranjhaâ€™s real name was Murad Bakhash and he was the youngest of four brothers. Heer was the daughter of Chuchak Sial, a feudal lord of Jhang. Bilal Zuberiâ€™s â€œTareekh-e-Jhang â€“ History of Jhangâ€ states that the story of Heer Ranjha took birth during the rule of Bahlul Lodi (1402-1489), however, some other historians claim it happened in the era of Mughal king Akbar.

Interestingly a majority of Sials (Heerâ€™s clan from Jhang) even reject the story as fake. They say Heer was a Sufi woman, never fell in love or eloped with Ranjha, but instead she died a virgin. The shrine of Heer in Jhang is a centre of devotion and spiritual healings for them. Being dominant and powerful in Jhang, Sials had not allowed the screening of the most famous Punjabi film â€œHeer Ranjhaâ€ at the cityâ€™s cinema houses in 1970.

Advertisement
Share
Facebook
Twitter
WhatsApp
Email
Print
Previous articleMohammed Ahmed is making his comeback in the field of writing. What are we to expect?
Next articleWorld’s first novel from Japan now available in Urdu