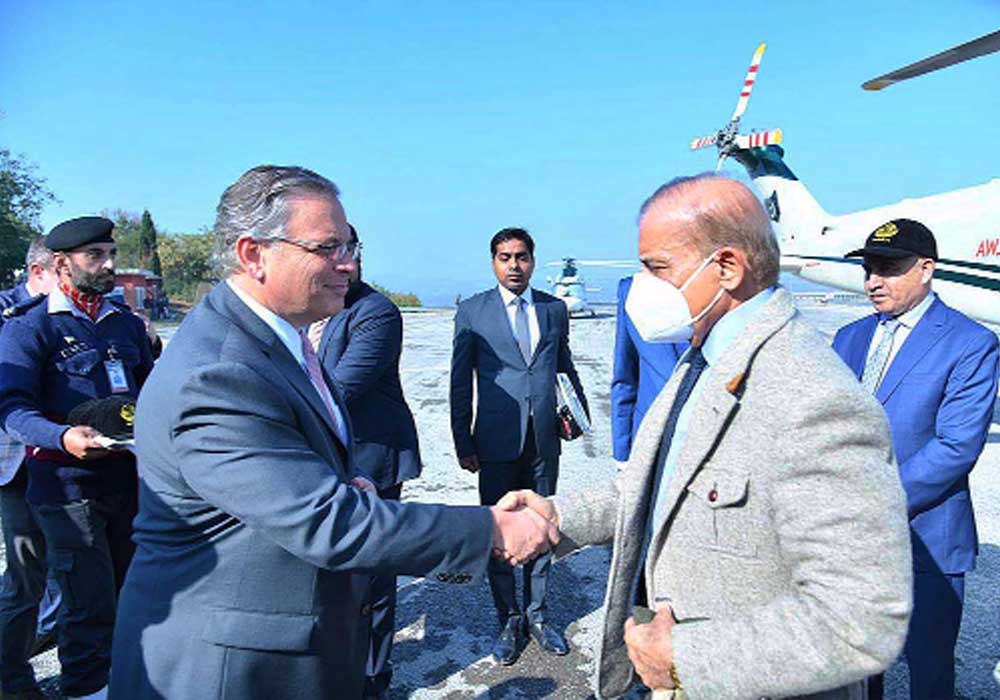 Stressing the need for cheaper electricity, Prime Minister Shehbaz Sharif has said that Pakistan, which is already facing immense challenges of economic stability, could not bear the high costs of energy import bills.

The premier made the remarks while addressing the inaugural ceremony of the refurbishment project of Units 5 and 6 of the Mangla Dam Hydroelectric Power Plant on Monday, which has been carried out with the support of United States Agency for International Development (USAID).

He said that the energy import bill has swelled to $27 billion and underscored the need to utilise alternative sources of electricity production.

“Had the water reservoirs been built on time, the country’s energy import bill would not have swelled to $27 billion,” he said, pointing out that “powerful lobbies and cartels” did not let the construction of dams and launch of solar power projects materialise. PM Shehbaz regretted that in 75 years, both democratic and military rulers were responsible for not building sufficient dams to meet the energy needs. Referring to the recent flash floods in the country, he said dams are crucial to mitigate the effects of climate change.

The prime minister termed the assistance of USAID for the refurbishment of the units of Mangla Dam as a “wonderful example of cooperation” between Pakistan and the United States. He lauded the valuable grant of $150 million by USAID along with the financial support by the Development Agency of France amounting to 90 million euros besides another pledge of 65 million euros. Also, WAPDA [Water and Power Development Authority] contributed $178 million (approximately Rs20 billion) from its own resources, he said.

He expressed satisfaction over the interest of the US to carry out an extension of the country’s largest dam, Tarbela. He also said the 75-year-old friendship and bilateral relationship between Pakistan and the US had further strengthened at the levels of trade and investment.

He said Britain has always supported the people in the cause of democracy and for their wellbeing by bringing investments through DFID in the education and health sectors. The prime minister congratulated the England team over its win against Pakistan in the first of three test match series but was also confident to say that the Green Shirts would make a comeback in the next match. He said the visit of England’s team after 17 years was a great moment.