Another 42 dead in rain-related incidents across country 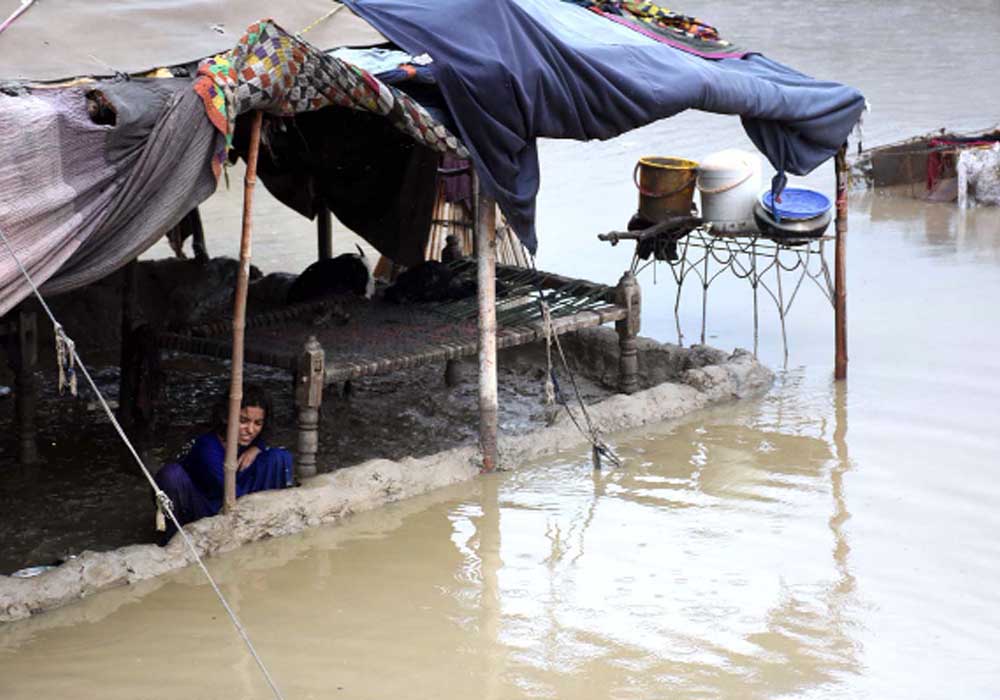 At least 42 people died in rain-related incidents across the country on Saturday amidst deadly floods that continued to wreak havoc in Sindh and Balochistan.

According to reports from different submerged districts of Sindh, as many as 25 people lost their lives, raising the death toll to 95 during the three days. Most of the deaths were reported from Khairpur districts followed by Shikarpur, Larkana, Qambar, Naushero Feroze, Sukkur and Tando Allahyar, Sanghar, Mirpur Khas and other districts. More than 200 people sustained injuries after their houses – which got weakened due to continuous heavy downpour – collapsed and resulted in the deaths of nearly one hundred people, mostly children and women. Five persons of family from Khairpur district were among those who died on Saturday.

The reports said that death toll might rise if people were not rescued and shifted to safer places from their marooned settlements in a number of districts.

Most areas of the districts remained submerged due to breaches in irrigation canals and drains in interior and central Sindh. The affected people were seen moving towards safer areas with their families and cattle heads, wading through stagnant water. The affected people talking to this reporter allayed that there were officials to provide them transportation to move to safer areas to save their lives. They alleged that hundreds of the family who have sought shelter in mountainous areas and sandy dunes in Thar desert were not being provided with food or any other relief items.

Sindh Chief Minister Syed Murad Ali Shah who visited parts of Karachi, Thatta, Sujawal, Badin, Tando Mohammad Khan, Hyderabad and other districts on Saturday said that the Sindh government following the massive destruction caused by heavy downpours and subsequent floods had declared entire province as calamity-hit. The affected people staged demonstrations in various towns and areas of Sindh against the alleged indifferent and callous attitude of the government officials and their elected representatives, demanding the government provide them relief items and plug the breaches in irrigation canals and drains.

Meanwhile, nine people were killed and 17 others injured in rain-related incidents in different areas of the province, according to the casualties update shared by the Provincial Disaster Management Authority (PDMA) on Saturday. The authorities have reportedly started distributing relief goods among the rain-affected people of DI Khan, Khyber and South Waziristan.

On the other hand, eight more people have been reported dead amid heavy rains and floods in Balochistan, the PDMA said.

According to reports, a total of 98 men, 53 women, and 65 children have lost their lives to floods and related incidents in the province so far.

The recent eight deaths have been reported in the last 48 hours in Jafarabad area. Moreover, 93 people sustained injuries due to floods in the past three days.