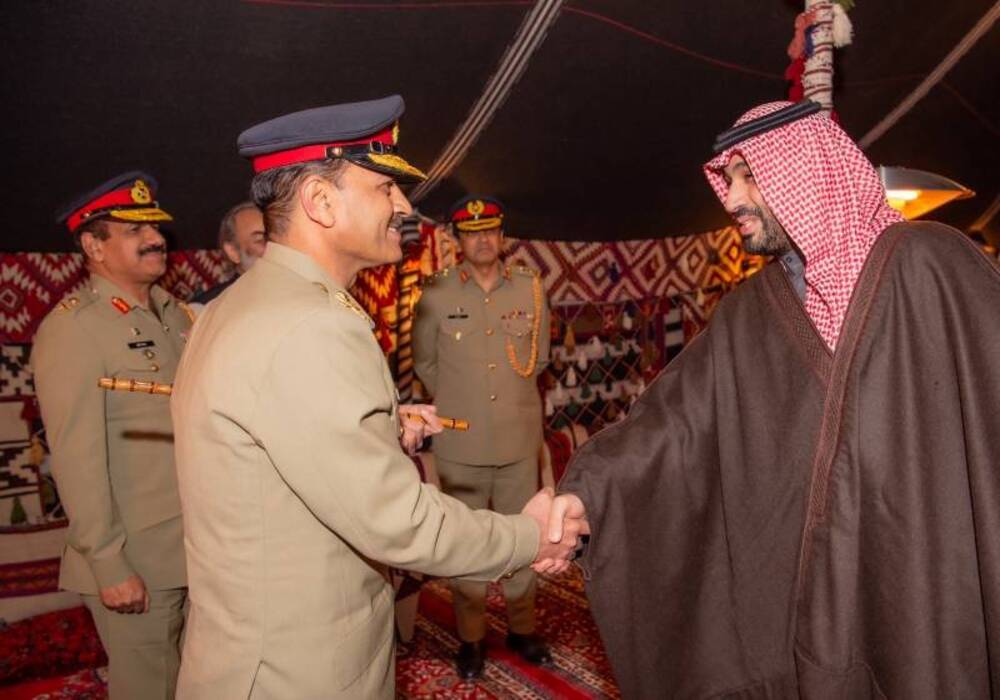 During the meeting, it was also agreed to promote military and defence cooperation between Saudi Arabia and Pakistan.

Chief of Army Staff also visited Makkah to perform Umrah where the doors of the Holy Kaaba were opened for him and he prayed inside the Kaaba.

He also travelled to Medina, to visit the second-holiest mosque in Islam Masjid-e-Nabawi (SAW).

The Saudi Defense Minister congratulated General Asim Munir on becoming the Chief of the Army Staff of Pakistan and stressed the strength and stability of bilateral relations between the brotherly countries.

Chief of Army Staff (COAS) General Asim Munir has gone to Saudi Arabia on his first official visit, after which he will also visit the United Arab Emirates.