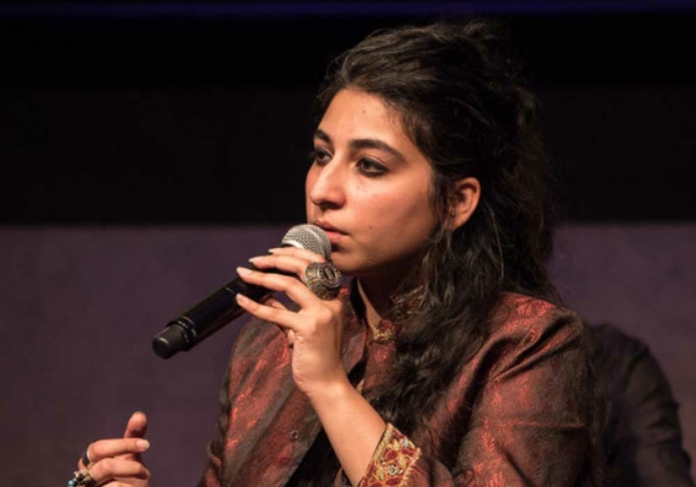 Grammy winner Arooj Aftab once again made it to the nominations of Grammy’s Best Global Music Performance category with her song ‘Udhero na’ with Anousha Shankar.

Last year Arooj Aftab won Grammy for her song Mohabbat and become the first Pakistani to do so.

Arooj revealed the news of her nomination via Instagram and received a lot of good wishes and prayers for her success.

In another post, Aftab said, “Oh my god! Udhero Na has been nominated for a Grammy. Congratulations to me and Anousha Shankar, Maeve Gilchrist, and Nadje Noordhuis. Four badass women come together, play a song that I wrote when I was 15 and it’s getting its flowers. So, I’m very emotional and I’m very glad and I’m, just, I don’t even know. I’m in this hall of a ship, we’re about to perform in about 20 minutes or so. I don’t know how I’m going to do that but this is great. So, thank you.”

To encourage her, actor Sarwat Gilani stopped by the comment section and commented, “You go girl.”