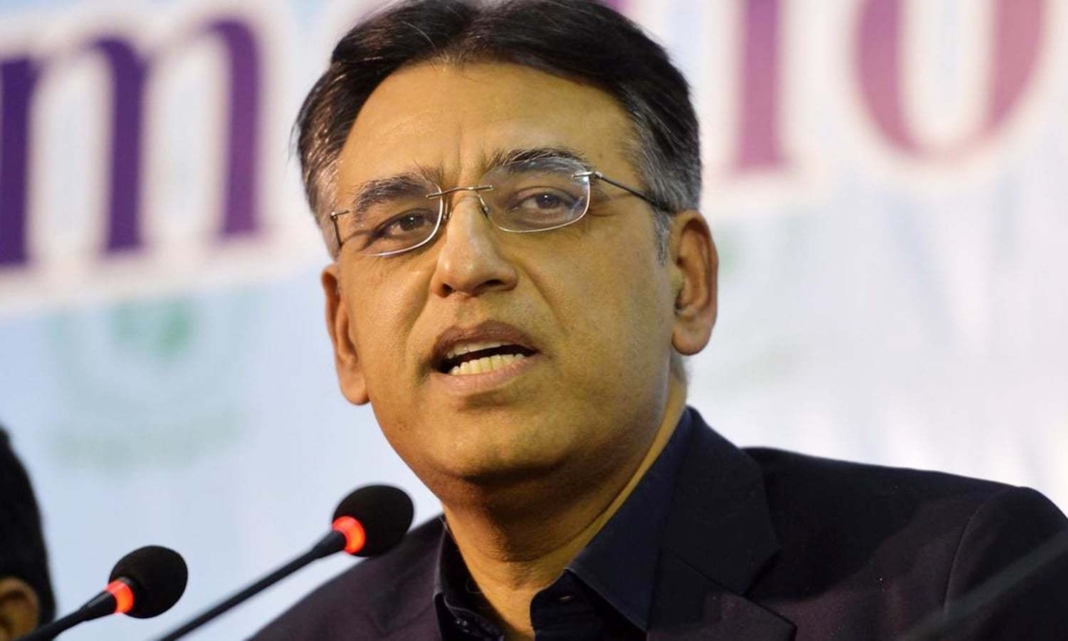 Planning Minister Asad Umar on Sunday took the Sindh government to task over the theft of wheat worth Rs20 billion in the province as well as “looking to disempower local bodies”.

Addressing a press conference in Karachi, the minister said the federal government will initiate legal action against the provincial government, adding that the price of a 20kg bag of wheat flour in Sindh was Rs300-350 more than in Punjab — even though the former is the largest producer of wheat in Pakistan.

He said that the issue will be raised in the National Assembly as well as the Sindh Assembly because an explanation was necessary over the matter.

Speaking of the production and distribution of wheat in Sindh, he said that investigations by the National Accountability Bureau (NAB) show Rs20 billion worth of theft of the crop.

“And they (Sindh government) say that rats ate it up,” the minister said, adding: “I don’t know if these were ‘human rats’ or what.”

He said that the federal government has filed a petition against the bill, adding that the provincial government “seeks to endanger Pakistan”.

The minister said that the 18th Amendment to the Constitution had greatly enhanced the powers of all provinces.

He noted that Pakistan Peoples Party Chairman Bilawal Bhutto Zardari’s sister had remarked earlier that the province is barred from buying vaccinations under the law.

“What law is it that prevents the Sindh government from buying vaccines for its citizens?” Umar asked.

“If there is such a law, let us know and we will change it,” he added.

The minister said that the Centre wants all provinces to “fulfil their responsibilities”.

The bill had earlier been passed by the Sindh Assembly the month prior but was sent back by the governor who did not approve of it.

But then in a subsequent session, the treasury passed the amended bill as the Opposition staged a walkout.

Umar also maintained that there was a need to devolve power to a local level in a diverse country like Pakistan as this would prevent discord and instability. The minister said that for the sake of democracy and Pakistan’s security, autonomous local bodies were mandatory in the light of the Constitution. He informed that the Pakistan Tehreek-i-Insaf legislated to this effect in Islamabad and Khyber Pakhtunkhwa (KP).

The minister — who is also the chairman of the National Command and Operation Centre — that leads Pakistan’s fight against coronavirus, noted that due to the new variant, Omicron, there are “clear signs of the possibility of another coronavirus wave”.

He said that he never does any politicking and does not “discriminate against any province” when it comes to the virus. The NCOC chief said that the government has vaccinated 71.5 million people for which it spent Rs250 billion, despite “difficult circumstances”.