PPSC chairman calls on governor, discusses reforms to bring improvement in the commission 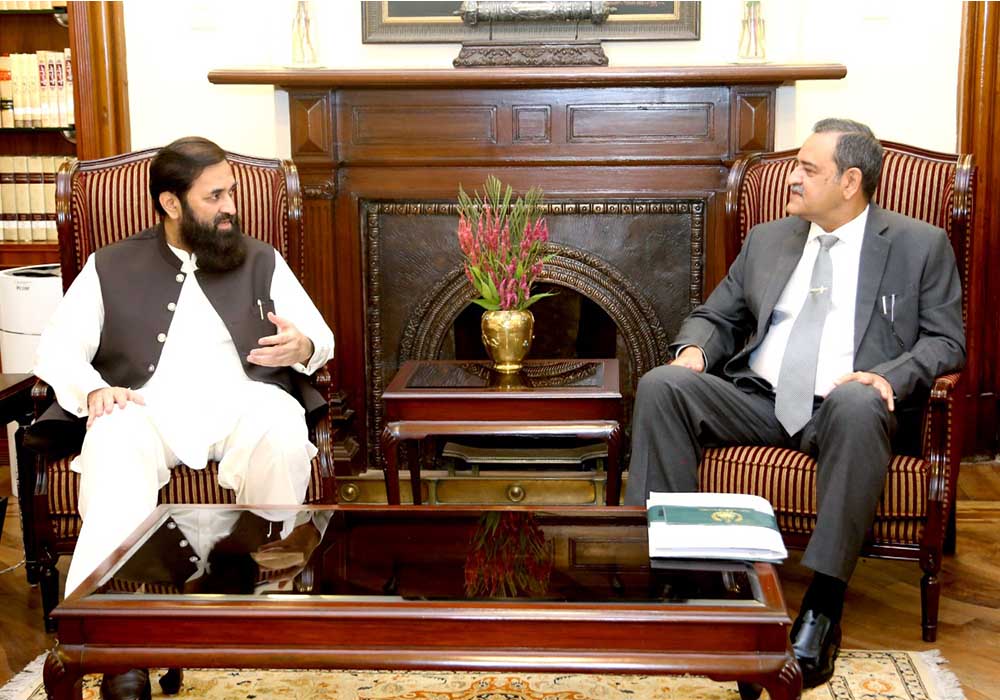 During the meeting, the PPSC chairman informed the governor about the reforms to bring improvement in the working of the commission. The flood situation in the country was also discussed in the meeting.

Speaking on the occasion, Balighur Rehman said, “By ensuring merit and transparency, we can strengthen institutions. We must promote merit in the country and discourage nepotism.”

He said that the PPSC is an authentic institution which is playing an important role in providing employment opportunities to the youth in a transparent manner. The governor said that more steps should be taken for the efficiency and improvement of the commission.

Talking about the recent situation in the country due to floods, Balighur Rehman said that people are facing hardships due to the flood disaster in most parts of the country. He said that the government’s focus is only on the rehabilitation of the flood victims and providing maximum relief to them. The federal and provincial governments are working together in this regard, he added. “It is our national duty to help the flood-affected brothers and sisters.”

He said that the students and faculty members of the universities have been instructed to collect relief funds and goods for the flood affectees.

On this occasion, the PPSC chairman informed the governor that the backlog during the Covid pandemic has been removed.

The delegation included Waseem Zaki, HM Jahangir, Malik Zafar Iqbal, Haji Ahmad Nawaz Cheema, Tariq Randhawan, Ali Saleem, Mian Majid, Mian Shahbaz, Qaiser Gujjar, Chaudhry Siddique, Chaudhry Waheed, Afzal Butt and Mian Khan Baloch. During the meeting, the delegation apprised the governor of the problems faced by the transporters. They demanded that transport be given the status of an industry. The delegation said that income tax should be waived for one year due to the flood disaster.

Speaking on this occasion, the governor said that it is the responsibility of the government to provide better and cheaper transport to the people. He added that he will talk to the federal government to solve the genuine problems of public transporters.