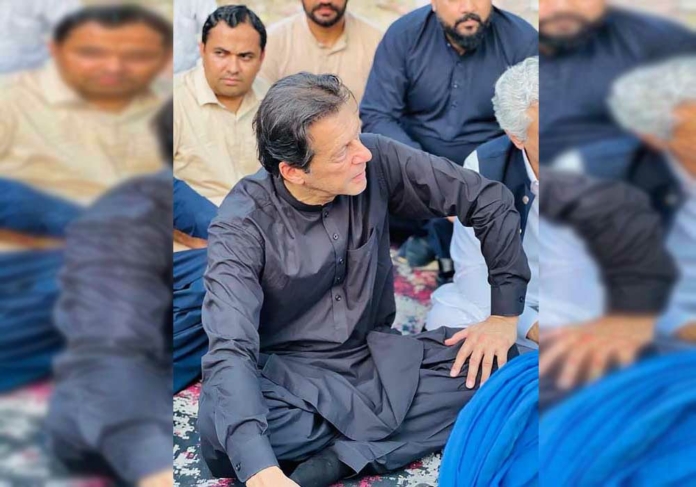 On Sunday, The former premier inspected flood relief efforts in DI Khan and also received a briefing on the harm done to infrastructure and people as a result of significant flooding.

The PTI chairman, accompanied by Dr. Sania Nishtar, also gave relief assistance to the local flood victims during his visit.

Imran Khan while addressing a ceremony at Circuit House DI Khan said, we have given health insurance up to Rs1 million to everyone in KP and Punjab in any government or private hospital.

He stated that we have created bank accounts for victims; it will help us create a database to help everyone.

The former prime minister praises Dr. Sania Nishtar for her efforts through the Ehsas program.

He also announced an increase in the Ehsas ration program because of rising inflation where people can buy basic commodities at 30% less price.

The former prime minister and PTI chairman Khan held the third telethon earlier in September to collect money for the rehabilitation of Pakistani flood victims.

In his remarks at the telethon, Khan said that Rs 10 billion had never before been raised in five hours of television fundraising. He had promised that “we will use these monies in a transparent manner and will design a system that will provide transparency to their utilization.”