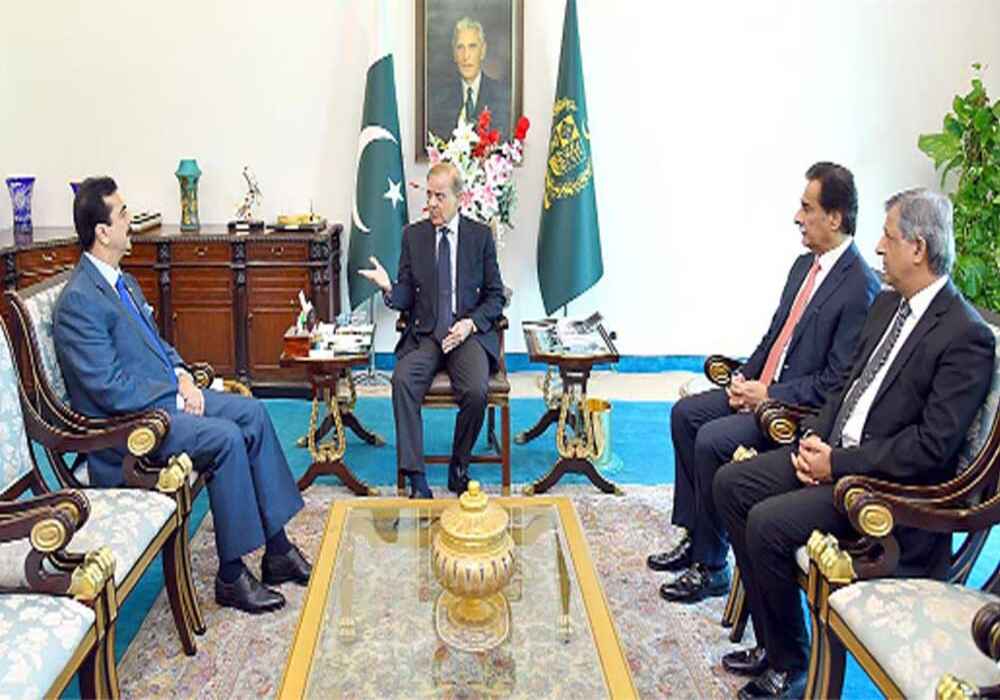 Prime Minister Shehbaz Sharif Monday said that climate change had emerged as one of the most potent challenges facing the world.

Talking to Inter-Parliamentary Union (IPU) President Duarte Pacheco, who called on him at his office, the premier said the flood catastrophe in Pakistan was climate-induced, adding that material losses on top of the economic crisis had undermined the country’s capacity to achieve Sustainable Development Goals (SDGs).

He asked the international community to step forward and help Pakistan deal with the calamity of epic proportions.

The prime minister asked the Inter-Parliamentary Union to play its role in raising awareness about climate change and help mobilize global support for developing countries facing the climate crisis due to global warming.

The prime minister said despite its shortcomings, democracy was still the best system in the world that was a vehicle to realize the people’s aspirations. He termed fake news one of the major challenges facing democracy.

He mentioned the worst human rights abuses in the Indian Illegally Occupied Jammu and Kashmir (IIOJK), particularly after August 5, 2019, and said the violation of fundamental human rights had exposed the so-called democratic face of India.

Pacheco expressed condolence on the loss of lives during the recent floods and expressed his grief over the massive havoc caused to the infrastructure across the country. He supported Pakistan’s case with respect to climate change and called upon the developed countries to make a strategy to control carbon emissions.

Later, the prime minister, in a tweet, said, he underscored how fake news posed a threat to democracy during his meeting with Pacheco. “Together with fabrication, it can rob people of their democratic rights & violate human rights,” he added.

Separately, the prime minister said the scale and magnitude of losses due to the floods were too big to be borne by Pakistan alone and added that the international community’s support was of vital importance in this regard.

He expressed these views during a meeting with French Ambassador Nicolas Galey. The prime minister highlighted the extensive devastation caused by the recent floods across Pakistan and the government’s response to address the dire situation.

He went on to say that Pakistan despite having a negligible contribution to global carbon emissions was among the most vulnerable countries to its devastation as manifested in the recent floods.

He hoped that the ambassador would contribute towards strengthening bilateral relationship as well as explore new areas for cooperation. Also, the prime minister appreciated Canada’s assistance in rescue and relief efforts after the devastating floods in Pakistan. He was talking to Canadian Minister for International Development Harjit Singh Sajjan.

Meanwhile, the premier conveyed his good wishes to King Charles III on his accession to the throne of the British monarchy.