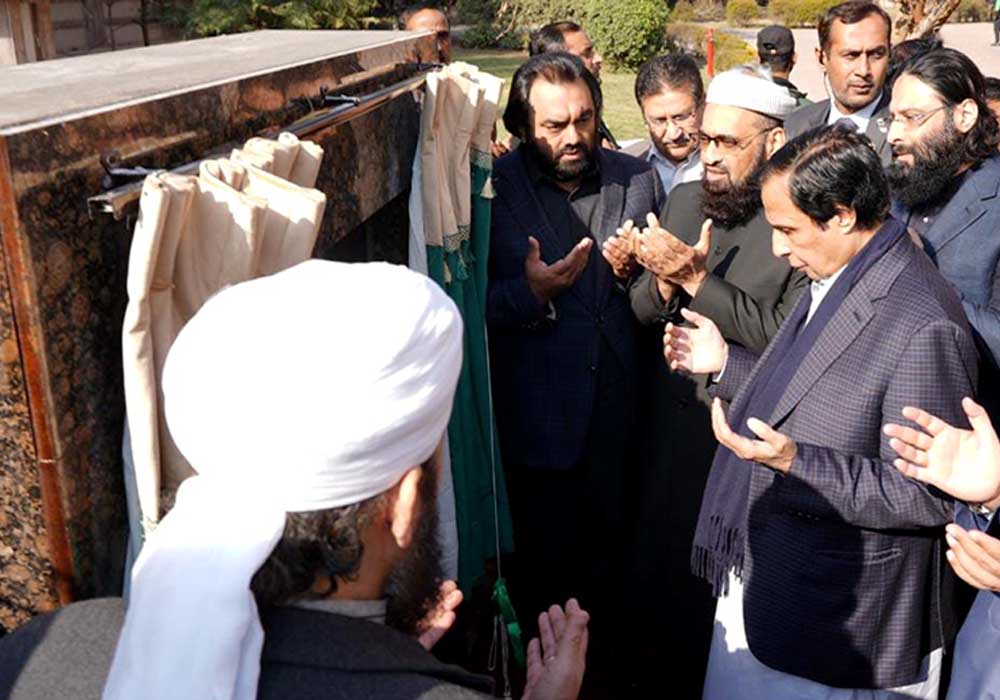 Approval was also granted for the construction of Faisalabad-Chiniot-Sargodha dual road construction project during the meeting. Chaudhry Parvez Elahi said that Faisalabad-Chiniot-Sargodha dual road would be completed in two phases under public-private partnership, saying that in the first phase Faisalabad to Chiniot dual road project would be completed. Approval was granted about a review of environmental and social management system during the meeting.

Also, Chief Minister Elahi inaugurated Pakistan’s first Khatamun Nabiyeen (SAW) University and laid the foundation stone of Jamia Masjid Khatamun Nabiyeen (SAW) in Lahore on Sunday. While talking with the media representatives on the occasion he said that PML-N will face a humiliating defeat in the elections and will meet with the same failure which PPP has already faced. Shehbaz Sharif poses to be very clever and shrewd and keeps waiting for hidden help but now he has badly been exposed. Shehbaz Sharif will keep hiding his face after elections. Ishaq Dar used to say that he would bring dollars but they took away dollars abroad.

The youngsters are standing with Imran Khan and are working for him. Imran Khan is an honest person and does everything with dedication to ensure welfare of his country. Imran Khan’s hard work and political sagacity is bearing fruits and the whole nation is united under the leadership of Imran Khan. I said to Imran Khan that Punjab Assembly is a trust given by him and he can take it back whenever he wants. I duly fulfilled my promise made with Imran Khan. The CM apprised that KPK Assembly will also be dissolved day after tomorrow and now only general elections will take place.

Shehbaz Sharif will not get votes and no signs of unity and solidarity are seen among the ranks of PDM. PDM is facing disunity as MQM is not siding with it anymore. Rana Sanaullah kept on misleading people that hidden help is in the offing. Rana Sanaullah has gone to see Nawaz Sharif along with a team of liars and Nawaz Sharif will take him to task.CM stated PML-N is seeing a horrible defeat in the general elections and for this reason Nawaz Sharif is not returning to Pakistan.