Elahi mulls over proposals to carve out new tehsils in Punjab 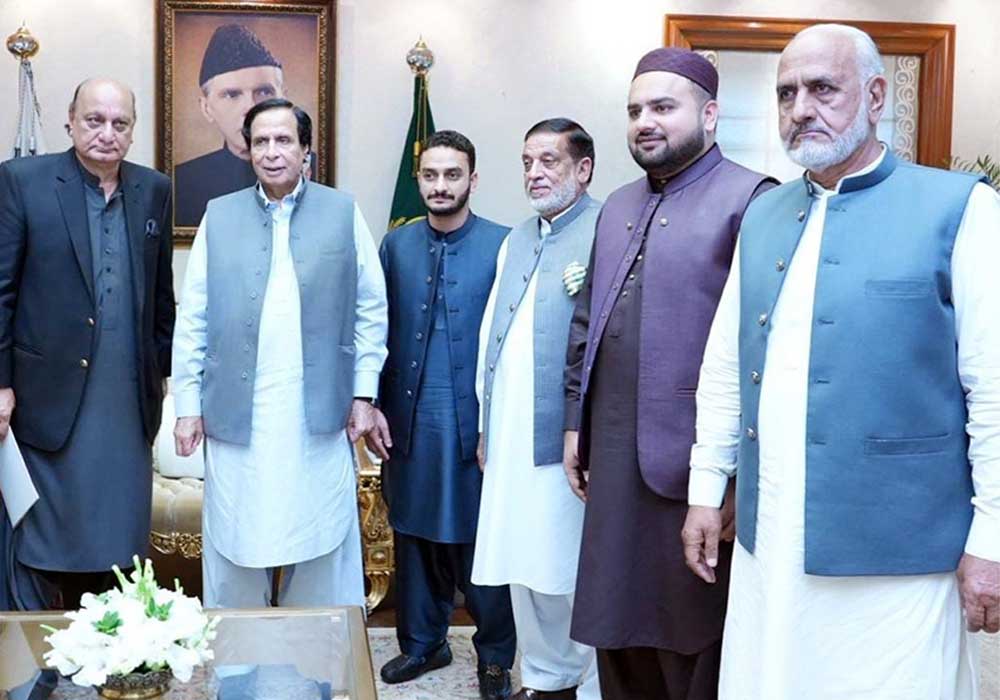 Punjab Chief Minister on Wednesday chaired a meeting of MNAs and MPAs from Faisalabad division to review proposals for carving out new tehsils in the province.

Addressing the gathering, the CM termed Imran Khan indispensable for national politics and vowed to support him.

“Exemplary work has been done to provide relief to the common man in a short period of time,” he added. He called for ownership rights to slum-dwellers and ordered Faisalabad WASA to improve its performance and redress public grievances without any delay.

The sanitation situation in Faisalabad and other cities should be improved, he stressed and added that the availability of funds will be ensured to complete ongoing uplift schemes in Faisalabad division.

The CM said that Haseeb Shaheed Hospital, General Hospital Samanabad and other health schemes will be completed soon along with the completion of work on link roads.

The shortage of doctors in the Faisalabad Institute of Cardiology and Children’s Hospital will also be filled, he added. Moreover, he said that priority will be given to water filtration projects.

Separately, the CM said that the government was striving to provide relief to people.

He was talking to a PTI delegation, which called on him at his office. The delegation included Sharjeel Younis, Malik Mahboob Elahi, Haji Malik Muhammad Rafiq, Ch. Zulfikar and Zain Ejaz.

The CM termed Punjab Ehsaas Ration Discount Program a flagship initiative of PTI Chairman Imran Khan and noted that 40 per cent cheaper items are being provided to eight million deserving families. The beneficiaries can purchase pulses, ghee, oil and flour from registered grocery stores at 40 percent lower rates, he added.

Also, the chief minister sought a report from the inspector general of police on an incident wherein a woman was burnt alive in Kot Lakhpat.