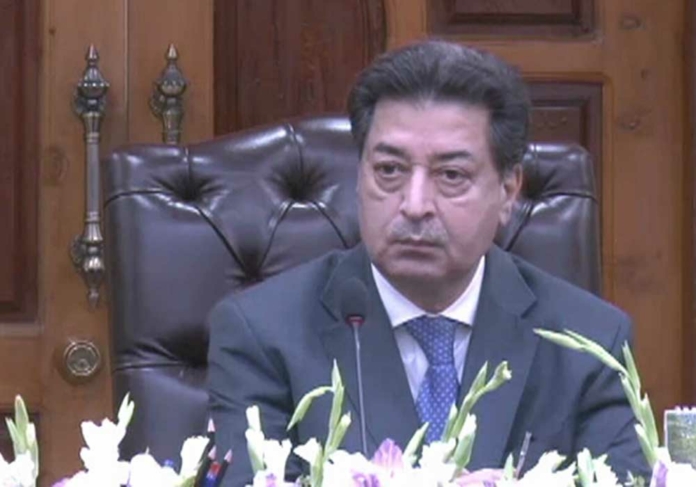 The CEC was presiding the hearing for violation of election code of conduct. PTI Chairman Imran Khan held a rally in Charsadda’s NA-24 before by-elections.

CEC asked Imran’s counsel where it was written that a member of the assembly could again contest the elections for the legislature? He also asked the lawyer where the 150 resignations that Imran had made claims about were.

The lawyer said that majority of resignations were with the secretary of National Assembly and were not sent to the Election Commission of Pakistan (ECP). He also said that PTI Chairman was neither issued any advisory for not attending Charsadda rally nor he had used any government resources for that.

The ECP reserved its verdict in the election code of conduct violation case.

Earlier, PTI Chairman Imran Khan, Khyber Pakhtunkhwa (KP) Chief Minister Mehmood Khan and provincial cabinet members of KP assembly were imposed a fine of Rs50,000 each on charges of violation of code of conduct at a political rally in Peshawar.