Every 8th woman in Pakistan has breast cancer 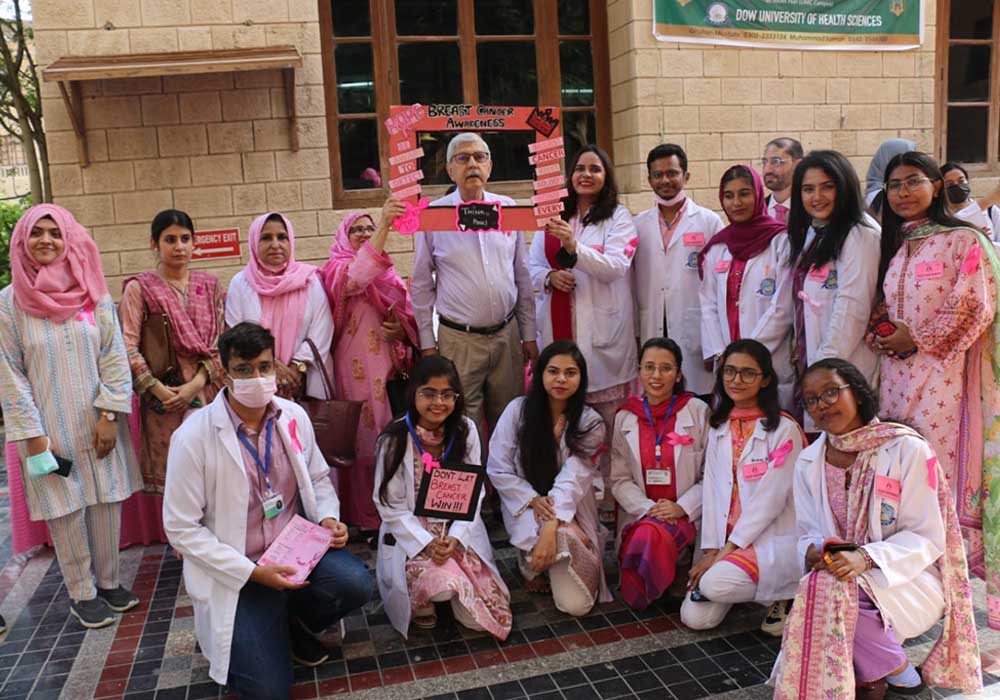 A seminar on breast cancer awareness was held at Dow University of Health Sciences, in which the health experts said that in every single minute in the world, a woman loses her life due to breast cancer while every eighth woman in Pakistan is suffering from this deadly disease.

This rate, they said, can be reduced only by creating awareness. They noted that the rate of breast cancer is highest in our region. Breast cancer is the second leading cause of cancer deaths in the world. Breast cancer can be cured if it is diagnosed early. The chief guest of the seminar was Professor Nusrat Shah, Pro-Vice Chancellor of Dow University, besides Professor Saba Sohail, Principal of Dow Medical College, former Medical Superintendent Dr. Ruth K.M. Pfau. Civil Hospital Karachi, Dr. Noor Muhammad Soomro, Dr. Farhat Jalil, Dr. Umaima Saleem, Dr. Saima and others also spoke to the Seminar.

While addressing the seminar as a special guest, Prof. Nusrat Shah said that October is actually a month of war against breast cancer, but the weapon of this war is knowledge, we can win this war by spreading awareness. This is not a women’s war alone, men have to fight alongside us. Because here in our region the decision-makers are men. She also said that it is possible to treat this disease in the initial stage. An example of this is my own sister who is with us after the treatment of this disease, while my mother and an elder sister died because of this disease.

Prof Nusrat shah said that self-diagnosis is the first method of diagnosing cancer at an early stage.  But if anything Suspect then go for Screening. She appealed to the doctors to play their role in eradicating the shyness and shame about cancer among women. It has been seen that people from some educated families are also avoiding the screening. Dr. Asghar Ali Asghar from Kiran Hospital, said that 4.5 million people have died due to Corona Virus, but One million people die from cancer in a year. The second major cause of death is breast cancer, but in our region, breast Cancer is the third leading cause of death because we have infectious diseases as the second leading cause after heart disease. Breast cancer is on the rise here, and by 2040, the rate will become double and triple.