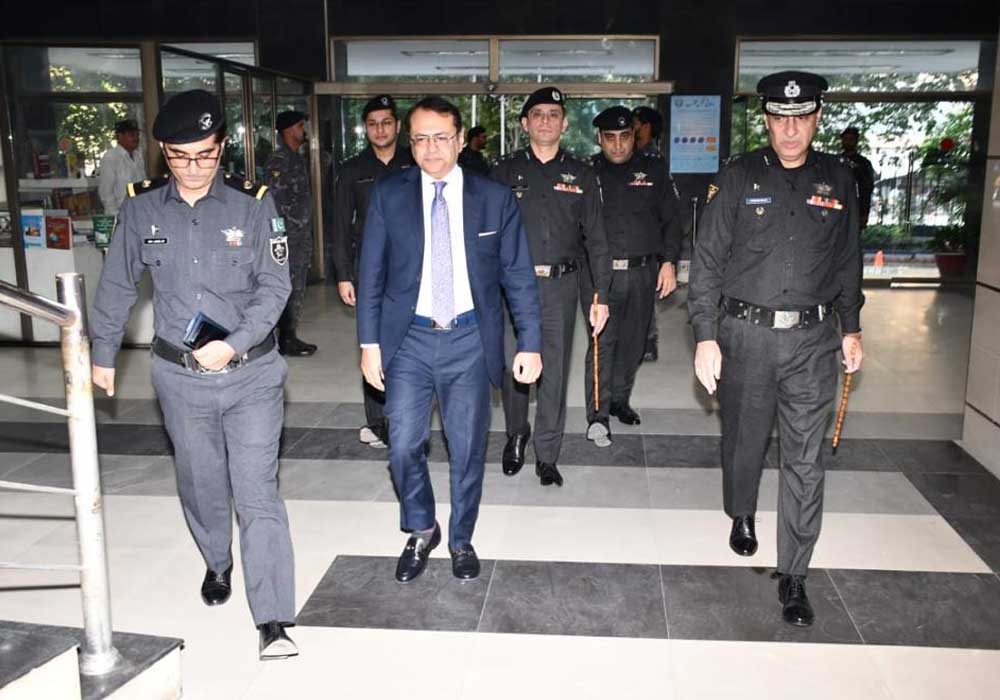 During his meeting at LTO, Chairman FBR reviewed the performance of all Chief Commissioners vis-à-vis targets assigned for the month of December, 2022. Detailed presentations, outlining the projection and strategy for achieving the budgetary target for the current month were given by all Chief Commissioners Inland Revenue (CCIRs). The CCIRs also presented workable strategies for achieving the target set for December, 2022 as well as for the 2nd quarter of the Financial Year 2022-23.

The Chairman FBR directed all CCIRs to effectively safeguard the revenue and meet the budgetary targets fixed both for the current month and 2nd quarter ending 31st December, 2022. The Chairman FBR reiterated that facilitation of taxpayers will ensure successful implementation of the policies of FBR. He added that pending issues of the taxpayers must be resolved on priority. The Chairman also directed the CCIRs to effectively pursue the pending revenue cases in the courts to safeguard the revenue.

Later on, Chairman FBR chaired a meeting of Chief Collectors and Director Generals of Customs at Customs House Karachi. The Chairman stressed upon the Customs field formations to devise a comprehensive strategy to achieve the overall revenue targets set for the month of December so that the first half of current financial year ends on a high note.  Chief Collectors informed that in the last five months the Customs field formations have strived hard to achieve the revenue targets despite import compression on account of multiple regulations introduced by the government to address the current account deficit issue.

Chairman FBR was also informed about the efforts being made to curb the mis-invoicing/under invoicing phenomenon by revolutionizing the valuation methods and assessment approach. In this regard multiples valuation rulings have been revised besides issuance of several new valuation rulings.

The anti-smuggling policy also came under discussion and the august forum was apprised of that zero tolerance policy has been adopted to curb the menace of smuggling as well as to safeguard the border areas from this phenomenon.