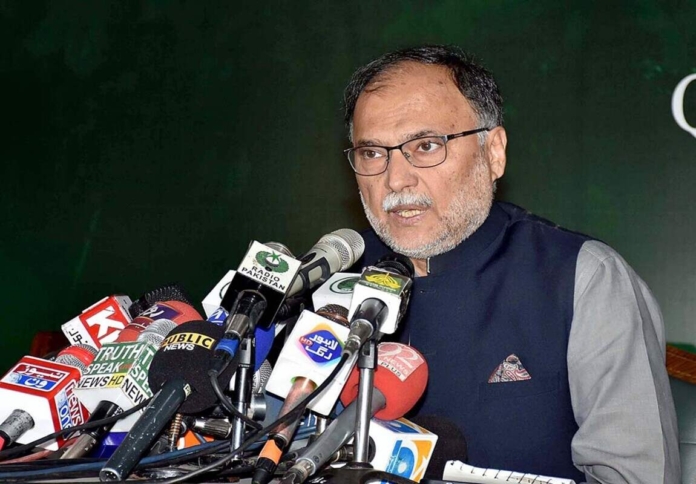 Federal Minister for Planning and Development Ahsan Iqbal said that the agreement with the IMF is hindering the government from using 40% of the development money before the end of the year, which will impede recovery and rehabilitation operations in the flood-affected districts.

On Saturday, while speaking at “Post Floods Reconstruction” at the Asma Jahangir Conference in Lahore, he claims that the government is working to convince the IMF that this requirement is ineffective and that spending during the second and third quarters is necessary for rehabilitation efforts.

He also refuted the notion that the administration was pleading with the world to help pay for flood relief. “It is not begging; it is necessary for climate justice,” he stated.

He said that the industrialized world is to blame for the climate catastrophe that led to the floods in Pakistan. “Now that justice requires it, they must pay for the recovery,” he stated.

According to him, the government will present this argument before the gathering of global donors in November.

Additionally, Ahsan Iqbal asked for domestic donations, which he regretted have not been accepted.

He said that donations have dropped significantly, maybe as a result of people believing that the tragedy is finished.

He added that the latest floods were three times more catastrophic than those that befell in 2010.

However, the death toll was still low; 1,700 people died in the recent floods compared to roughly 2,000 in 2010. It was a result of functioning early warning and evacuation systems.

In the post-flood operations, government agencies were successful in preventing the spread of dengue, malaria, and cholera, which may have quadrupled the cost in terms of human lives.