IMF getting on our nerves, says Rana Sanaullah 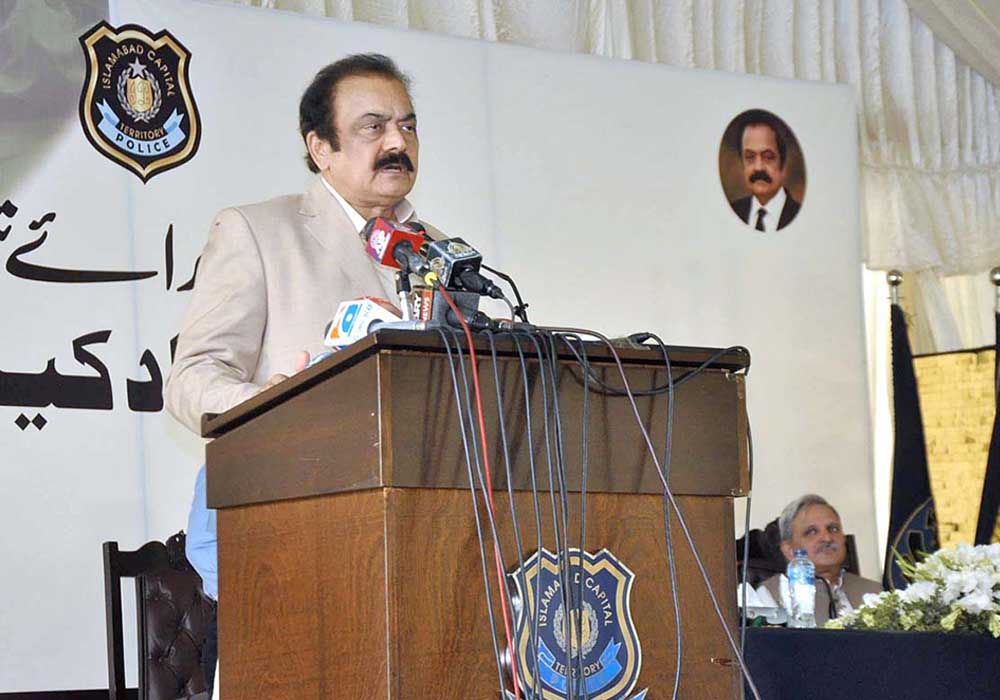 Federal Interior Minister Rana Sanaullah on Saturday said the agreement with the International Monetary Fund (IMF) three years ago was wrong, and now the global lender was “getting on our nerves for $1 billion”.

Addressing a function in Islamabad to pay homage to martyrs and warriors of the country, the minister said the incumbent government tried its best not to raise the prices of petroleum products, as the practice automatically results in inflation. “But the coalition government had no choice because when they arrived, the country was on the verge of a default.”

Sanaullah blamed the previous government for delaying the agreement with the IMF that cost the economy so much. He called upon everyone to get their heads together to find a solution to the issues confronting the country.

criticised the Pakistan Tehreek-e-Insaf (PTI) chairman for abusinAt the event, he credited the martyrs and protectors for peace and security in the country. He said more than 80,000 people were martyred in the war against terrorism. “Pakistan not only suffered financial losses but also causalities.” He said the families of martyrs had to be compensated by June 30. Some of the families of the martyrs would have already received compensation, he said, adding that the sacrifices of the martyrs change the destiny of nations. “An amount over Rs1.2 billion has been due for over three years now,” he said.

While commenting on the current political situation, the interior minister said all parties were on one page amid the crisis except for one person, who was spreading anarchy in the country. This was an apparent reference to former prime minister Imran Khan. The ministerg everyone, and hinted that “his stories” were yet to surface.

He further said that arrogance and pride destroys human beings. He said the former premier did not want to talk to anyone and claims that he would not spare anyone. He accused Imran Khan of favouring his wife’s friend Farah Gogi and her husband Ahsan Jameel Gujjar.

He said the government considered announcing fresh elections in the current situation but the country had incurred a huge loss in the past. He said the solution to the country’s economy and law and order situation was political consensus. He suggested everyone to sit together in order to solve the problems of the country.

Separately, addressing a press conference, Sanaullah said that the government had decided to ensure 100 per cent coverage of CCTV cameras of Islamabad Safe City Project during the current fiscal year.

The minister said the Safe City Project was need of the hour to ensure effective security, prevent crimes and effectively maintain law and order in any city of the country, including Islamabad.

Currently, only 30 per cent of the Safe City Project cameras were providing coverage, he said, adding that the prime minister had decided to enhance its coverage to 100 per cent during the current fiscal year.

Instantly, a sum of Rs40 million has been released to the Safe City Authority to install cameras at all important places, he said.

The minister said the Islamabad inspector general and Safe City Authority director general had been directed to prepare feasibility for 100 per cent coverage. Within a week, after completion of the feasibility, funds would be released for the project, he added.

Regarding a dialogue with the Tehrik-i-Taliban Pakistan, the minister said it would be under the ambit of constitution, adding that the parliamentary committee had permitted the military leadership in this regard.