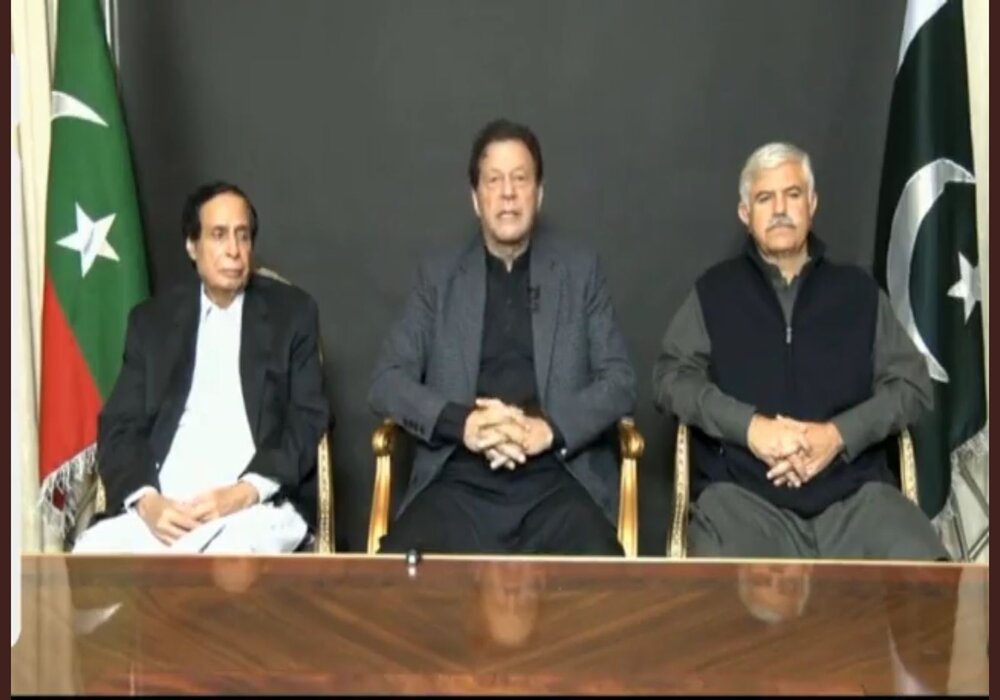 He has directed everyone to prepare for elections. He said that the way forward was to fulfil his duty towards a better society through elections constitutionally.

He said that he was being threatened with actions after dissolving assemblies and earlier as well he had received threats in Long March but he will continue protesting for the rights of the nation. He said that he has always avoided physical clashes and fought constitutionally and peacefully.

He said that the agencies were recording audio and videos of public officeholders. Prime Minister’s House phones were tapped illegally.

He said that the income and expenses of a common man had increased differences because of hiked inflation. He said that the industry was on the brink of closure and there was a level of disappointment that around 750,000 Pakistanis had migrated from the country within the past few months.

The former prime minister has said that the hard work of PTI’s 3.5 years era was brought down as a result of a change of government. He said that the CDS of the country had increased alarmingly. He questioned that when the country was on the route of progress under the PTI government then why was the government ousted causing an economic catastrophe in the country?

He said that exports and remittances were increasing and tax collection was increased to a record level but today everything was going down and resultantly inflation and unemployment were on the rise. He asked how the future debts would be paid while the inflows of dollars were very slow.

He alleged that only one person General Bajwa was responsible for the whole regime change and devastation of the country. He said that General Bajwa had unsettled a sitting government but later they realized that PTI was gaining in the majority among people and despite the use of state machinery they lost elections.

The former prime minister alleged that the Sharif family and their allies were given NRO-2 to return and get relief in corruption cases after amendments in NAB laws. He said that General Bajwa never paid heed to corruption and was controlling accountability.  He said that journalists had to leave the country due to fear of oppression and Arshad Sharif was killed. He also criticized Azam Swati’s incident.