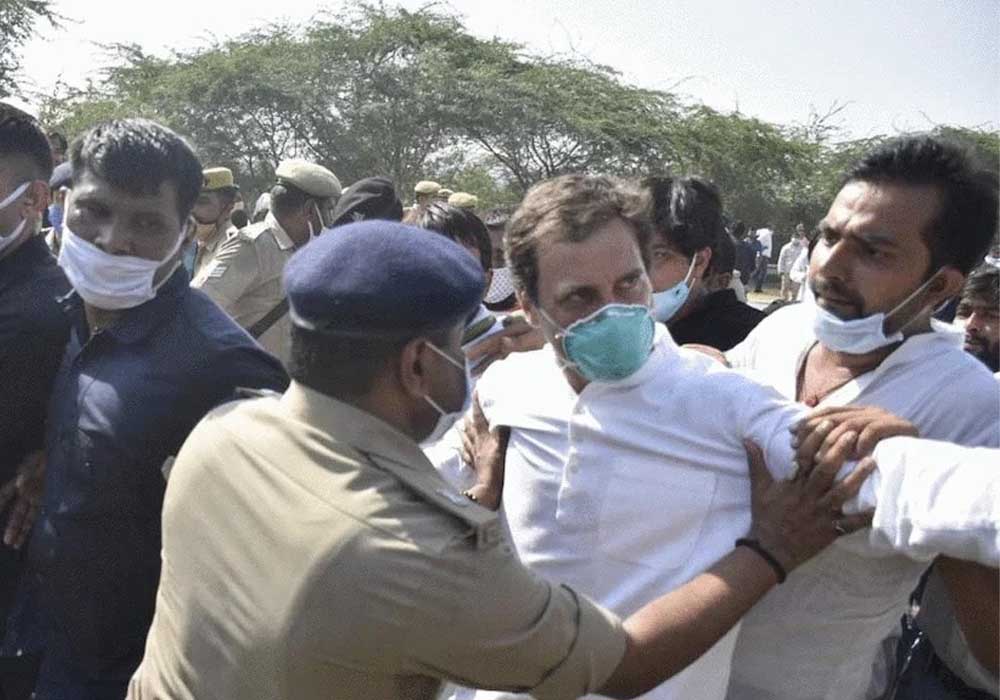 Indian National Congress Leader Rahul Gandhi was arrested in New Delhi on Tuesday for leading a protest against price hikes and targeting of opposition leaders by investigation agencies.

Rahul Gandhi was arrested while engaged in a protest close to the parliament and major government offices while his mother Sonia Gandhi was being questioned by the Enforcement Directorate.

The police detained the Congress MP after a roughly hour-long standoff, following which he was placed in the prisoner’s van with other jailed MPs.

As he was being brought away by the police, Rahul Gandhi declared, “India is a police state, and (Prime Minister Narendra Modi) is a king.”

Rahul’s mother and leader of the Congress Sonia Gandhi appeared at the Enforcement Directorate in New Delhi for the second round of interrogation regarding the National Herald case.

Priyanka Gandhi Vadra escorted Sonia Gandhi to the investigation agency’s office. Before participating in the demonstration at the legislature, Rahul Gandhi also went there.

While talking to Indian media, Congressman and Leader of the Opposition in the Indian Parliament Mallikarjun Kharge said, “All of this is a plot by Amit Shah and PM Modi to silence the opposition and silence our voices. We won’t be alarmed, and we’ll keep fighting.”

In opposition to the interrogation, the Congress leadership has organized non-violent demonstrations throughout the nation’s capital and overseas. The Delhi Police has imposed Section 144 of the Criminal Procedure Code in the area and denied the party permission to protest.