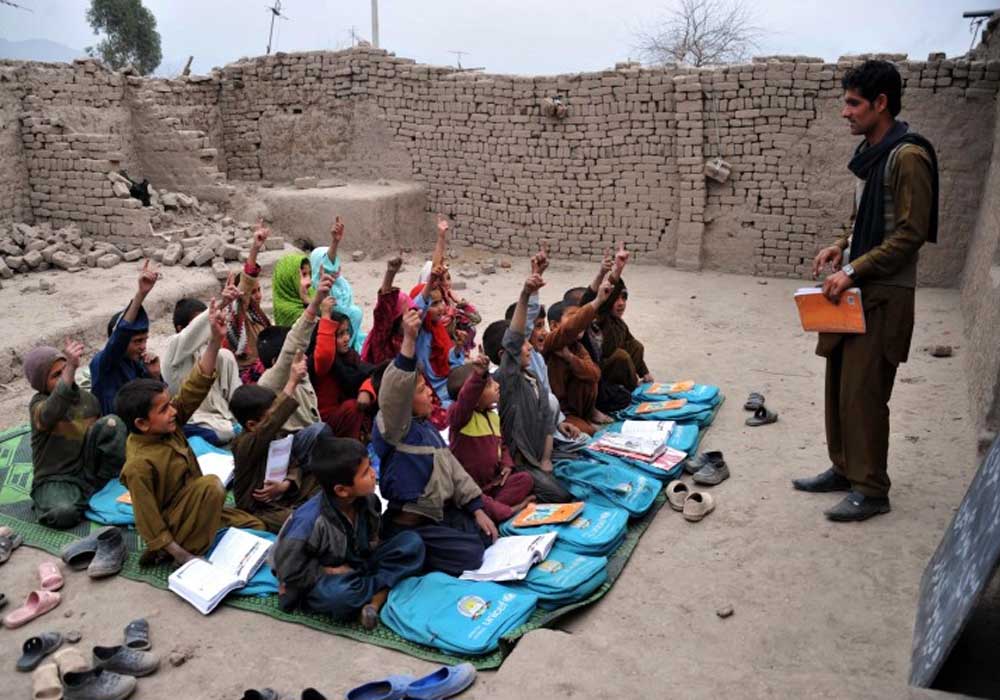 International Literacy Day is an international observance, celebrated each year on 8 September. On October 26th, 1966 UNESCO chose this day to highlight the importance of literacy in the world at the 14th session of UNESCO’s General Conference. It was celebrated for the first time in 1967. Literacy is a crucial aspect of development. The human development index consists of 3 key indicators and one of them is literacy rate. Countries that have a high level of literacy are more likely to be developed or are rapidly moving towards development. While those countries that have a lower literacy rate are stuck in the lower strata. Pakistan is one of the latter countries, with a literacy rate of 62.3 per cent. While India on the Eastern border has a literacy rate of 74.04 per cent and China has 96.8 per cent.

Pakistan defines literacy as people who have studied till the primary level. At the primary level children barely learn to read and write their names and read a few basic sentences. This level of education produces workers who work as daily wagers and labourers who can barely earn enough to get one meal per day. Only some percentage of the population is above this level and around 38 per cent are even below this, therefore in most cases, they are below the poverty line and become a burden on the country that already has limited resources.

Currently, there are an estimated 22.8 million children aged 5-16 who are not attending school in Pakistan. These children are tomorrow’s workforce, but if they do not attend school they will be left on the streets to beg. The most number of school children belongs to Balochistan, followed by Sindh, and Khyber Pakhtunkhwa and the lowest level of out-of-school children is in Punjab, arguably the most developed province of the country.

There are several reasons for this issue in the country. One of the most important ones is that the system which is responsible for supporting and overseeing public schools has many shortcomings that must be addressed. Schools do not have an adequate number of teachers and those who are available lack the proper training. Many cases arise where teachers, due to their lack of experience and training make grave mistakes which then push children away from school. Private schools usually have policies that prohibit teachers from hitting children to rectify their behaviour but public school teachers are given a free hand and many children run away from school due to these reasons. There are also low enrollment rates due to poor conditions of the schools and the mindset of parents that the earlier a child starts earning the better it is for the family. Their shortsightedness results in a greater opportunity cost for families and the country.

There are many issues with the education system of Pakistan that has resulted in a great number of out-of-school children in Pakistan. The lack of budget given to the education sector is also one of them. Every year when the annual budget is announced, education gets a small percentage of it. Inadequate financing leads to a lack of development in the education sector. With a small budget, schools cannot be set up in far-flung areas and teachers cannot be properly trained. In some cases, teachers cannot even be hired and many schools do not even have enough budgets to buy proper furniture for the school.

Lastly, the problem does not only exist with the state’s policies. People themselves are also ingrained with the idea that formal education is not important instead it is a waste of time and money. Moreover, people show reluctance towards sending their girls to school and half of the population is female.

It is imperative for the country to invest in its children and that can only be done through the development of proper curriculums, setting up of schools and promoting the culture of educating children so that Pakistan can develop. Neighbouring India and China have standard curriculums that allow for all the children in the country to earn the same level of education and this is why both countries are prospering. Pakistan must take inspiration and start working from the grassroots level to initiate a process of sustainable development.