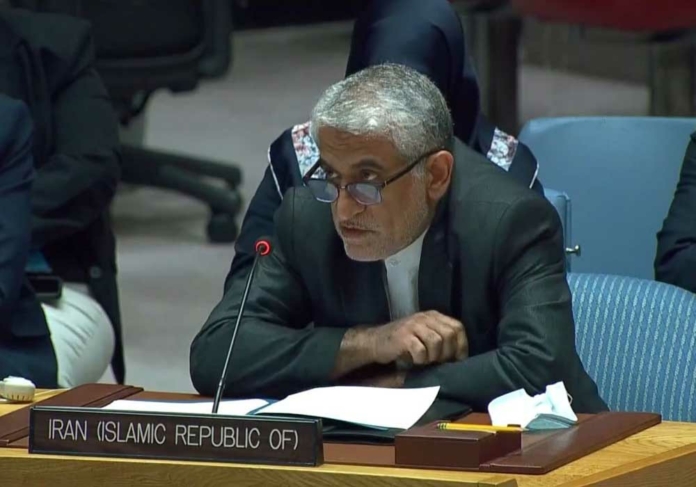 Iravani stated that despite showing its full cooperation in this matter Damascus has been repeatedly accused of being politicized and this only serves to confirm those claims.

He added that the Syrian Government’s move to submit a monthly report to the Director-General of the Organization for the Prohibition of Chemical Weapons (OPCW) on the details of the destruction of such weapons and their production facilities deserves to be appreciated.

The ambassador continued by saying that Iran believes any probe into the use of chemical weapons must be objective, professional, trustworthy, meaningful, and entirely accordance with the Chemical Weapons Convention’s assurances and protocols.

He emphasized that the validity of the Agency for the Prohibition of Chemical Weapons and the Chemical Weapons Convention are threatened by the politicization of the convention’s terms and the use of the organization for political gain.

He also emphasized that Syria willingly joined the Chemical Weapons Convention in 2013.

He added that in this situation where Iran support counselling and dialogue between the groups, we strongly believe that the collaboration between the Syrian Arab Republic and the Organization for the Prohibition of Chemical Weapons needs to be recognised.