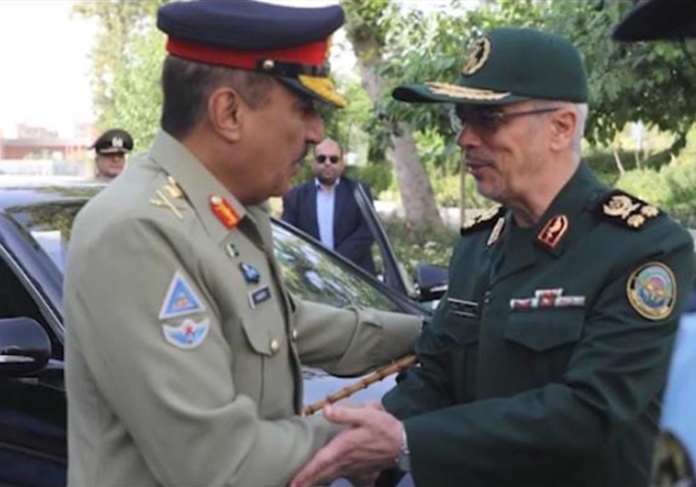 The Iranian military leadership also lauded the efforts of Pakistan while fighting against terrorism and the professionalism of the Pakistan Armed Forces. The dignitaries also discussed the situation on borders and said that common borders should represent peace and friendship between both countries.

Earlier, upon arrival at General Staff Headquarters, a smartly turned-out contingent presented ‘Guard of Honour’ to the Chairman JCSC.