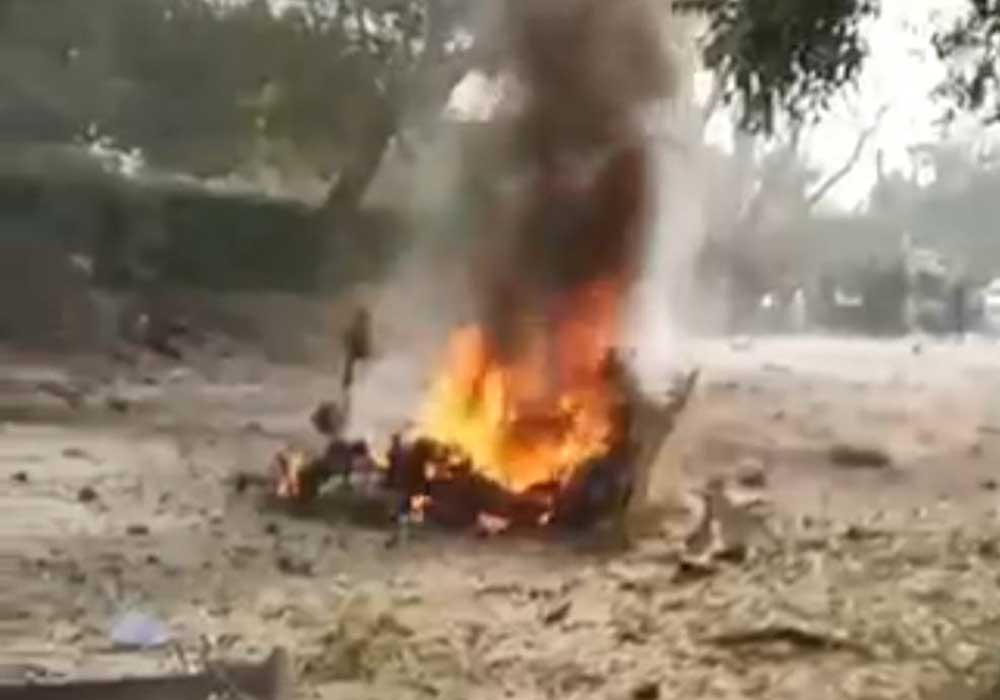 A blast in the Islamabad I-10 sector resulted in the death of one cop while many were injured.

The blast occurred on Friday morning when the police tried to stop the suspicious vehicle for a search. Police officials confirmed Head Constable Adeel Hussain was martyred in the blast. Law enforcement agencies blocked off the road after the blast.

Police sources claimed that the suicide bomber blew himself up after police tried to stop the van to search. The Pakistan Institute of Medical Sciences received more than 10 wounded people.

According to sources, the Interior Ministry has started investigating the blast with the help of Safe City cameras to track the vehicle’s movements.

Dr. Khalid Masood said that 10 people had been shifted to PIMS so far five civilians and five policemen whereas apart from the martyred cop, two other dead bodies had arrived at the hospital.

Speaking to the journalists at the scene of the explosion, DIG Chattha revealed that the Eagle Squad halted a suspicious taxi to find out when the suicide bomber went off. As per DIG, a woman and a guy were also in the taxi when the explosion happened.

DIG Chattha stated, “The police personnel spared Islamabad from a grave calamity with courage and presence of mind.”

Whereas according to sources, Tehreek-e-Taliban has accepted responsibility for the bombing in Islamabad.