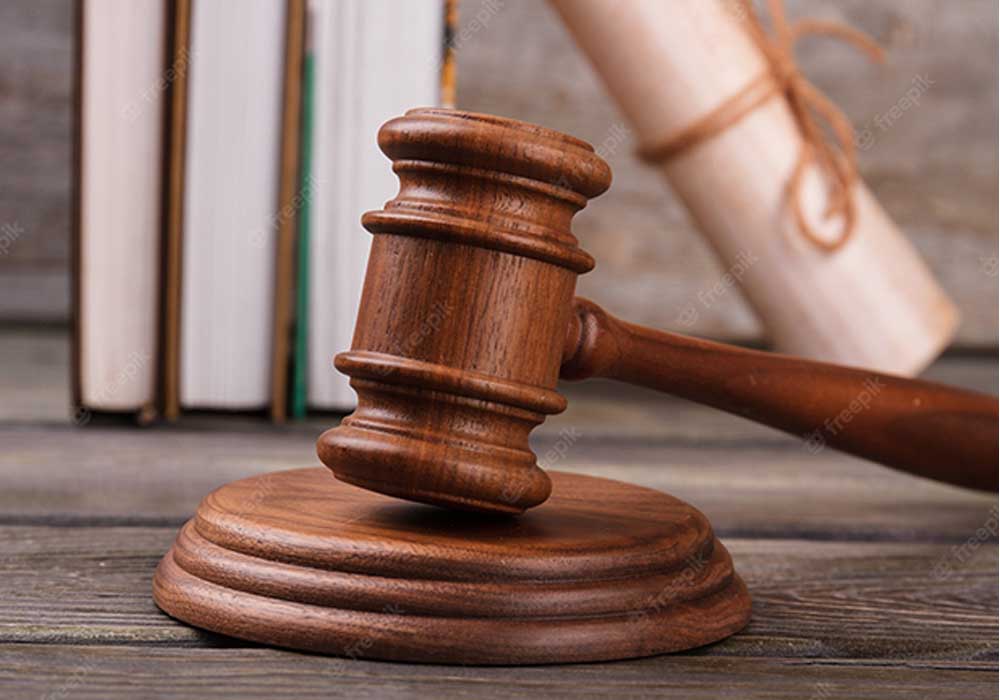 The judiciary plays an important role in nation-building by ensuring implementation of rule of law without fear or favour or any external influence or pressure. Judges are bound by their oath to decide cases strictly in accordance with law and uphold supremacy of law. The judges, relying on existing judicial precedents, exercise judicial discretion while pronouncing judgements, simultaneously keeping in mind that these are fair and equitable. Since abuse of judicial discretion can lead to gross injustice, it is expected that the judges should not be prejudiced by political affiliations or accept any kind of influence while deciding the cases.

Unfortunately, in Third World countries, due to inadequate accountability mechanism for judges abuse of the rule of judicial discretion is a common phenomenon. This misuse of judicial authority is mostly observed in political cases as for example in the case of the incumbent President of Brazil Mr. Luiz Inácio Lula da Silva. In its Press release dated April 28, 2022, the United Nations Human Rights’ Office of the High Commissioner, after considering the complaint filed by Lula Da Silva regarding his trial in the biggest corruption investigations, held that it was gross violation of due process of law. It found that prosecution proceedings for his earlier office tenure (2003-2010) violated his right to be tried by an impartial tribunal.

The Press release further highlighted gross violations in his trial, including approval request for tapping of Mr. Lula, his family and lawyer’s telephone calls and the subsequent release of wiretaps to the media before instituting the charges against him. The bench also issued warrant to detain Mr. Lula for interrogation leaking to the media about this aspect and releasing his photograph to show as if he was under arrest. Finally, he was sentenced for 9 years that was later increased to 12 years. His candidacy for election was rejected. However, in 2021, his sentence was quashed on the ground of lack of jurisdiction to investigate and try cases. The Supreme Court annulled the investigation on the ground of compromising impartiality by the judges.

This is not the only example to quote where judges in underdeveloped countries abuse judicial discretion and violate existing procedure to sentence popular political leadership.  In Bangladesh, the former Prime Minister Khaleda Zia is a living example of political victimization—she is still in jail and completing her sentence. Her son was also awarded 10 years rigorous imprisonment. The situation in Pakistan is not different than that of other jurisdictions where judges abuse their judicial discretion under external influence(s). Pakistani higher judiciary, prior to 2008, had been legalizing the unconstitutional acts of military dictators of usurping power and prosecuting politicians in order to carry forward their agenda.

Courts in Pakistan have also been found guilty of excessive judicial activism and working beyond their mandate under Article 175 of the supreme law of the land—Constitution of Islamic Republic of Pakistan, 1973 [“the Constitution”]. Apart from sanctifying extra-constitutional actions of dictators, they also facilitate them by delaying justice or interpreting the Constitution only to strengthen their power base.

The apex court in Pakistan had even granted General Pervez Musharraf, a military dictator the power to amend the Constitution. In 2018, the Supreme Court of Pakistan also ordered to accept General Musharraf’s nomination papers, despite lifetime disqualification. It further allowed the returning officers to receive Musharraf’s nomination papers. It also made sure that Musharraf could not be arrested upon return from self-exile. The same court issued a judgement of lifetime disqualification for three-time elected prime minister on the ground of not declaring salary receivable from his son.

The court further nullified section 203 of the Election Act, 2017 that allowed Mian Nawaz Sharif to regain his party leadership and instructed the Election Commission to remove him as a party president.  The court in its order made sure that all steps taken, orders passed, directions given and documents issued under his presidentship after amending the Election Act, 2017 would be considered null and void. As a result of this judgement, one of Pakistan’s largest political parties was denied senate elections and their candidates were forced to participate independently.

In a recent judgement where the election commission of Pakistan disqualified Imran Khan from National Assembly being guilty of corrupt practices, the Islamabad High Court bench headed by then Chief Justice Athar Minallah ruled that this disqualification was limited to that specific seat on which he was notified and there was no legal bar on him to contest election in Kurram Agency on October 30, 2022. However, the same court in Khawaja Muhammad Asif’s case disqualified him for not disclosing his employment and Iqama in his nomination papers despite his submission of the passport copies containing the Iqama along with his nomination papers. The said disqualification was later reversed by the Supreme Court of Pakistan.

The apex court is also under criticism for forming benches of specific judges in every case of political and national importance which pattern is alleged to be “religiously” followed for last few years and people know the case’s outcome by just looking at the bench members’ names. Moreover, although parties in some cases raised serious concern about presence of some members in the bench, they did not recuse themselves—a better course to maintain their impartiality. In the Grand Hyatt case, Capital Development Authority (CDA) rightly objected to one of the bench members who in the past had acted as counsel. However, the objection was overruled by the head of the bench.

Many judgements passed by the courts in Pakistan have failed to international standards such as in the matter of Reko Diq, Karadeniz Elektrik Uretim A.S and Kulbhushan Jadhav. Resultantly, the country had to pay huge monetary and/or reputational cost. Besides, the courts’ interference in parliamentary affairs has become a recurrent pattern. They have not only stopped investigations ordered by parliamentary committees, but have also struck down laws (many related to imposition of taxes) passed by the parliament. In the past, a chief justice heading a bench, even asked the government to remove all kinds of withholding taxes from pre-paid cards for cell phones. It was viewed by many as a clear transgression into the domain of the legislature challenging parliament’s authority. It allegedly resulted in loss of revenue worth billions of rupees till the stay was finally vacated by another bench headed by his successor.

Recently while interpreting Article 63A of the Constitution, the apex court first opined that the members of a party who cast votes against party head’s direction could be disqualified but this was later changed to holding that this right vested with the parliamentary head. The court conveniently backtracked from its earlier decision of full bench that included the Chief Justice giving the rationale, “If a Judge has unconsciously followed an incorrect view of the law, he has by conscious application of mind the freedom to adopt the correct view of the law subsequently”.

However, the Apex court is hesitant to apply the same judicial rationale and discretionary powers to review the issue pertaining to Nawaz Sharif’s disqualification for not declaring salary from his son that was widely criticized by legal experts calling it tragic in legal history after Zulfikar Ali Bhutto’s judicial murder. The same strict criterion was not adopted in Imran Khan and Sheikh Rasheed cases despite their backtracking from original stance.

Recently, one known columnist and TV anchor, in one of his columns, highlighted by various media outlets, claimed that the Director General of Inter-Services Intelligence (ISI) in 2017 approached then Chief Justice of Supreme Court and asked him not to disqualify Imran Khan—he was later declared Sadiq and Ameen. This is a serious allegation against the highest judiciary as the existing Chief Justice of Pakistan was also a member of the said bench. However, till today the apex court has neither attempted to find out the truth behind the allegation nor any investigation has been ordered against the columnist for tarnishing the image of judges of the highest judicial organ of the country.

All the above illustrations show that our judicial system needs comprehensive reforms. The existing accountability system of the judges does not meet international standards as the blanket immunity to judges is promoting abuse of power costing us heavily in terms of political as well as economic instability. The sooner we realize this, the better; otherwise apart from international embarrassment for being considered at number 130 in adherence to rule of law in global surveys, our unstable politics and economy will continue posing huge risk to our national security.

Dr. Ikramul Haq, Advocate Supreme Court, specializes in constitutional, corporate, media, intellectual property, arbitration, international taxation, IT and ML/CFT related laws. He is author of many books on law, economic and political history of Pakistan, drugs, arms, terrorism and related matters. He has been studying phenomena of arms-for-drugs, narco-terrorism and global heroin economy since 1979 and authored Pakistan: From Hash to Heroin and its sequel Pakistan: From Drug-trap to Debt-trap. He studied journalism, English literature and law. He is Chief Editor of Taxation He is country editor and correspondent of International Bureau of Fiscal Documentation (IBFD) and member of International Fiscal Association (IFA). He is Visiting Faculty at Lahore University of Management Sciences (LUMS) and member Advisory Board and Visiting Senior Fellow of Pakistan Institute of Development Economics (PIDE).