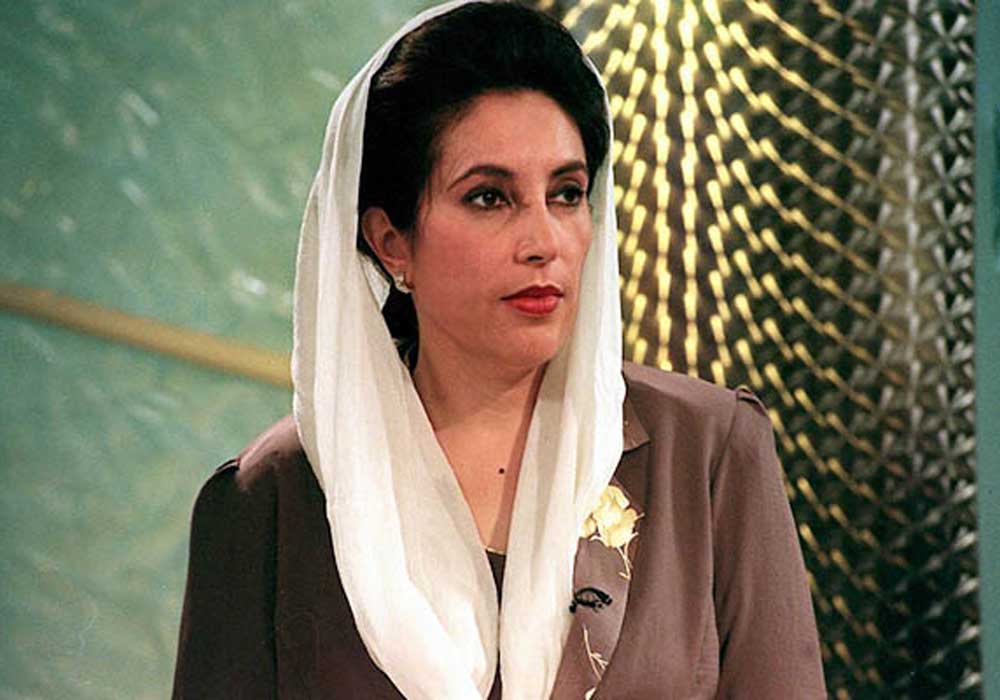 It is an established fact that PPP, PMLN and PTI, made no worthwhile efforts to trace and punish the real hidden hands behind the assassination of Benazir Bhutto. The verdict announced by an anti-terrorism court (ATC) in Benazir Bhutto murder case after about ten years of her assassination on August 30, 2017 acquitted five TTP suspects (Aitzaz Shah, Sher Zaman, Abdul Rasheed, Rafaqat Hussain and Hasnain Gul) and announced 17-year imprisonment for two police officials (CPO Rawalpindi Saud Aziz and SP Khurram Shahzad Haider) who later were granted bails.

The Judge of ATC, in his 34-page long detailed verdict mentioned that the two senior police officers showed “criminal negligence” by removing Bhutto’s security, destroying key evidence, and allowing the crime scene to be washed merely hours after the deadly attack. The ATC also declared retired General Pervez Musharraf an absconder in the case.

Many believe that in the wake of brutal assassination of Benazir Bhutto, wages of appeasement towards militants continued unabated and it ultimately culminated in one of the most wanton incidents in human history in Peshawar on December 16, 2014 when seven terrorists of TTP launched an attack on the Army Public School. They were clad in the uniform of the Frontier Corps and entered the school from the rear. They stormed the premises and held it in an-hour long siege. They moved from classroom to classroom, killing innocent students and staff—nearly 150 lost their lives and many hundreds received serious injuries.

The carnage in Quetta of August 8, 2016 killing 70 and injuring over 100 was another great jolt to the entire nation. It is documented in Quetta Commission Inquiry Report, conducted by a sitting judge of Supreme Court. Till today, the implementation of key recommendations made in this report is not made.

On October 23, 2016, there was a wanton attack on Quetta’s Police Training Centre killing 59 cadets and injuring 116. According to Reuters, “Pakistani authorities have blamed another militant group, Lashkar-e-Jhangvi (LeJ), for the late-Monday siege, though the Islamic State claim included photographs of three alleged attackers. Earlier, the assassination of Bashir Ahmad Bilour, senior and respected leader of Awami National party and others on December 22, 2012 was a continuation of the same onslaught that killed Benazir Bhutto—attacks on our motherland by foreign-sponsored-hostile forces”. The nation also witnessed sad killings of General Sanaullah Niazi, Lieutenant Colonel Touseef and others on September 15, 2013, series of bomb blasts at many places, attacks on armed forces and civilians by the militants. These all were links of a single chain—use of militancy in the name of religion to destabilise Pakistan.

It is no more a secret that when our troops at Bajaur, Mehmand and Chitral countered Fazlullah’s onslaught from Afghanistan, NATO helicopters came to rescue the infiltrators on the night of 26 November, 2011—the tragic incident of military post at Salala. On 22 June 2013, Fazlullah’s special squad kidnapped 17 soldiers and beheaded them. The late Fazlullah proudly claimed that his men had killed Maj. Gen Sanaullah Niazi and two others on 15 September 2013 at a time when so-called peace talks were underway.

The Late Neo-Colonialists, after creating the threat of communism, invented a new one, al-Qaeda and later Islamic State of Iraq and Syria (ISIS). We all know who founded Tehreek-e-Nifaz-e-Shariat-e-Muhammadi (TNSM), in Swat, announced allegiance with Daesh-ISIS and unleashed reign of terror. In Afghanistan, US-backed, ISAF-trained, National Directorate of Security and Indian RAW helped late Fazlullah and his men to settle down in Kunar and Nuristan and extended them all sorts of facilities to launch cross border attacks.

By April 2011, late Mullah Fazlullah started sending his barbarian squads, well-trained militants into Pakistan who attacked targets in Bajaur, Mehmand and Dir in their bid to clear their way to re-enter Swat through Dir. Subsequently, targets in Chitral were also hit. Despite Pakistan’s strong protests, Afghanistan took no measures to bridle Fazlullah and other militant leaders like Faqir Muhammad and Khalid Khurasani who fled from Bajaur and Mehmand Agencies respectively. In the aftermath of Peshawar School carnage, Pakistan’s ex-Chief of Army Staff, General Raheel Sharif rushed to Afghanistan asking for firm action against Fazlullah and his men. Four of them, Maulvi Abdus Salam, Hazrat Ali, Mujeebur Rehman and Sabeel alias Yahya were hanged in Kohat, a few days before the first anniversary of Peshawar School tragedy.

The killing of Mullah Radio [Fazlullah] on June 14, 2018 in an American drone strike in Kunar Province was part of what is documented in ‘Inventing and slaying the enemies’, published in a local English daily. The Neo-Colonialists have been inventing new loyalists and slaying the old faithful guards. The classic case is that of creating the monster of ‘Islamic State, also known as ISIS, ISIL, or Daesh’ and then spending billions to eliminate them. It is like following Machiavelli’s famous advice in The Prince that “a wise ruler invents enemies and then slays them in order to control his own subjects”. All these have been well-designed ploys, observes Dr. Sachithanandam Sathananthan in his paper, The Great Game Continues. His core argument has been that the purpose “is not to eliminate the ‘Islamic threat’ but to contain it within manageable limits and to spawn the next generation of terrorists”.

By now, it is not a disputed that there exists a ‘Grand Design’—The New Great Game—aimed at sabotaging Belt and Road Initiative (BRI) and keeping South Asia and Middle East in turmoil. The ultimate aim is containment of China. The rise of extremism and militancy in the entire area, including Modi-driven Hindutva ideology and genocide of Muslims in Indian held Kashmir—all are part of the New Great Game.

The forces behind this New Great Game wanted to get rid of Benazir through their bogies—the terrorists—knowing that she would be the main stumbling block to achieve their nefarious designs. The forces that removed her were aware that she would be an ardent advocate of a block of China, Pakistan, Russia, Iran and Turkey to counter their nefarious designs.

Many experts cite ghastly attacks on GHQ Rawalpindi, PNS Mehran Base in Karachi, PAF Base at Kamra, intrusion in Abbotabad, invasion of Afghanistan and Iraq, campaigns against Libya, Iran, Syria and other Muslim States in the perspective of New Great Game, keeping the threat of fundamentalism alive by some hidden hands as elaborated by Dr. Sachithanandam Sathananthan in The Great Game Continues.

Our defence analysts and political historians have yet not examined assassination of Benazir Bhutto from the perspective of the New Great Game. According to Michiko Kakutani, American literary critic and former chief book critic for The New York Times wrote on February 19, 2008: “In Ms. Bhutto’s new book, “Reconciliation,” a volume she finished days before she was killed, she lays out her vision of Islam as “an open, pluralistic and tolerant religion” that she says has been hijacked by extremists, and her belief that Islam and the West need not be headed on a collision course toward a “clash of civilizations”.

In RECONCILIATION: Islam, Democracy, and the West, Benazir has quoted extensively from holy Al-Qur’an to prove that Islam is a religion of peace, but it has been brutally abused by a handful of extremists throughout the Muslim history to create chaos and disorder. She has traced the factors behind militant Islam and exposed the colonial and neo-colonial forces promoting and encouraging it. These views must have annoyed the forces that want to keep the Muslim World divided and remain in wars against each other for their nefarious purposes.

Benazir, as leader of the poor and dispossessed, will always live in their hearts. If the country has to get rid of economic subjugation and protect its security and sovereignty, all the political parties, despite all political differences, must follow the legacy of “reconciliation’ as propounded by Benazir in her last book and always struggled for it against all odds. The present political leadership must work for uniting the nation to counter the forces of terrorism, bigotry, extremism, fanaticism and fascism, which are part of the New Great Game aimed at dividing the Muslim World on sectarian and other bases, controlling South Asian and Central Asian resources using the bogey of militants, BJP-supported-Hindu extremism, and terrorist-cum-separatist outfits, working to create hurdles in China’s Belt and Road Initiative (BRI), in which China-Pakistan Economic Corridor (CPEC) is a flagship project.