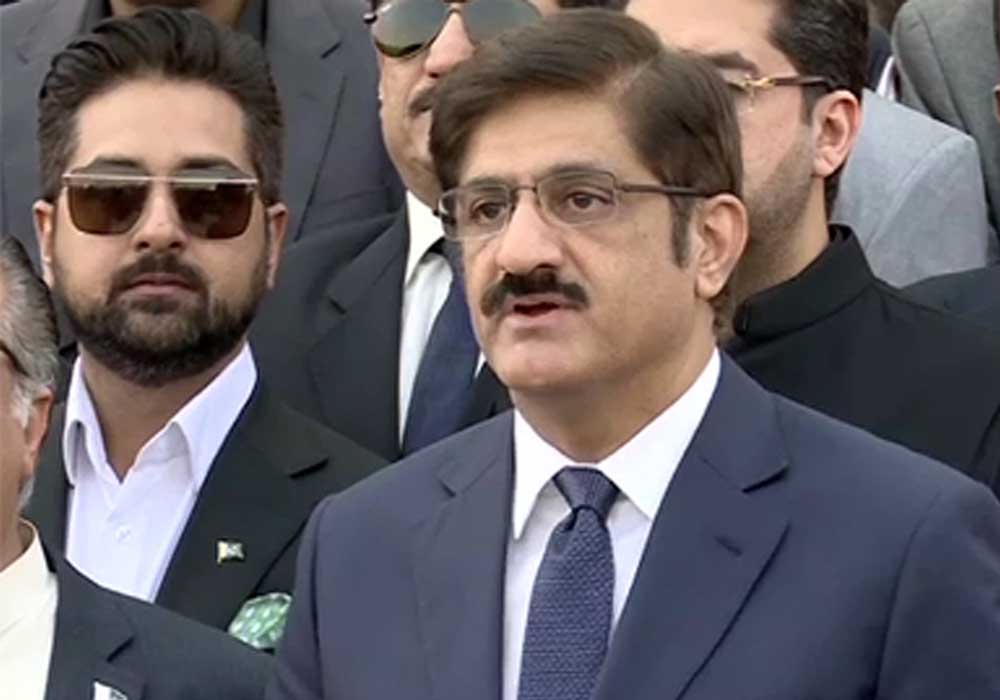 Chief Minister Sindh Syed Murad Ali Shah has expressed his thanks to the people of the province for reposing full confidence in Pakistan People’s Party and electing its candidates with a thumping majority in local government elections.

In a brief chat with media persons during the visit of the late MH Panhwar Institute of Sindh Studies Jamhoro on Tuesday, the Chief Minister said that it was the confidence of the people in PPP leadership that the party has emerged as the single largest party in local government election in Karachi. He said that the party leadership would contact and negotiate with the leadership of Jamat-e-Islami to elect its Mayor Karachi, which he said is the right of the PPP. Among others, Sindh Education Minister Syed Sardar Shah and MNA Sikandar Ali Rahupoto were also present on the occasion.

Sindh Chief Minister Syed Murad Ali Shah Tuesday inaugurated library of eminent scholar and agriculturist late Muhammad Hussain Panhwar at MH Panhwar of Sindh Studies Jamshoro. He also inaugurated the website of digitalized library comprised of the rare books of the scholars and also launched three books of MH Panhwar including “The Case of Karachi” and “Chronological Dictionary of Sindh.

Besides visiting the late MH Panhwar farm, Syed Murad Ali Shah also witnessed the digitalization process of the rare books of the scholars as well as the documentary based on the education, literary, agriculture and scientific research of late M.H. Panhwar and took interest in his book titled “Groundwater in Sindh”. Speaking on the occasion, the chief minister highly appreciated the efforts of Sunny Panhwar, the son of late MH Panhwar for preserving and digitalization of the books of great scholar of the province.

While paying rich tributes to the services of late MH Panhwar, the chief minister said he introduced mechanization in the agriculture sector, adding that the government would extend its full support to MH Panhwar Institute of Sindh Studies. Sindh Education Minister Syed Sardar Shah while speaking on the occasion highly appreciated the efforts of Sunny Panhwar for establishing research institute in the name of his late father and assured that education department would extend its full support to the institute.

Sunny Panhwar informed that the digital library would digitalize around three thousand books of the scholars of the province during the period of one year. Among others, the Vice Chancellor University of Sindh Prof. Dr. Muhammad Siddique Kalhoro, MNA Sikandar Ali Rahupoto and Mehtab Akbar Rashidi also attended the ceremony. Sindh Chief Minister Syed Murad Ali Shah Tuesday said that he is convening post-Geneva Conference at the end of January in which donors would be given projects of their choice or sector so that they implement them for rehabilitation of the flood-affected people of the province.

He disclosed this in his meeting with the Country Director of the World Food Program Mr. Chris Kaye here at CM House here. The meeting was attended by Minister Food Mukesh Chawla, Chief Secretary Sohail Rajput, Secretary to CM Raheem Shaikh, DG PDMA Salman shah, and others. The Chief Minister told the visiting WFP country chief that he has decided to convene a post-Geneva conference in which donors would be given projects of their choice or sector so that the rehabilitation of the flood-victims could be ensured at the earliest.