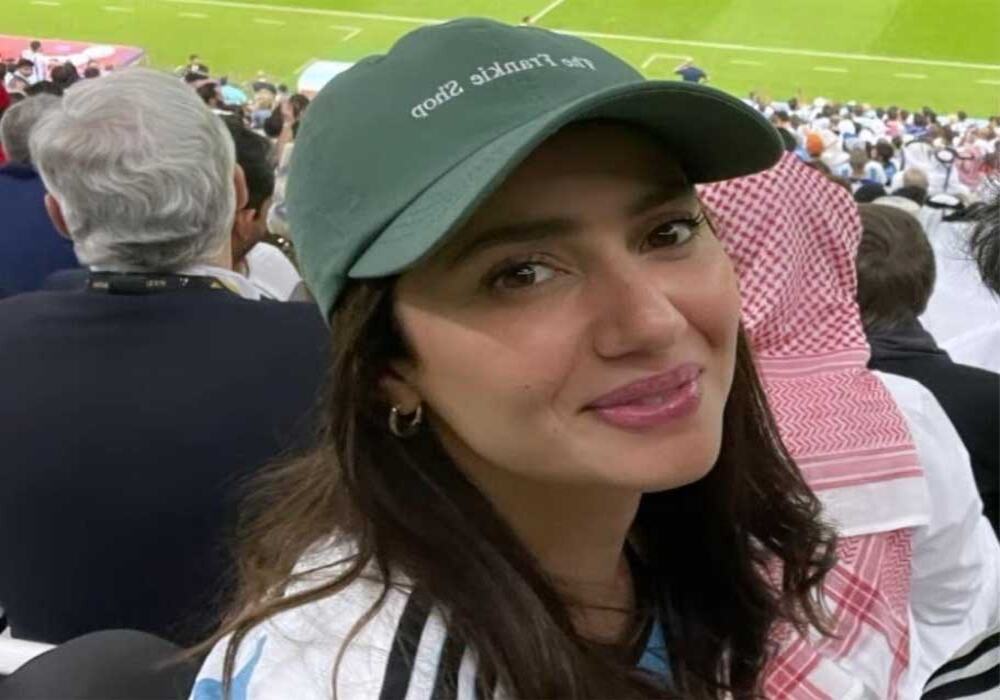 Mahira Khan along with her brother Hissan Khan cheers for Argentina in blue and white shirts at the FIFA World Cup semi-final in Qatar.

After watching the chaotic game, the two siblings shared a selfie of themselves smiling. Mahira wore a green hat, gold hoops, and the Argentina team shirt.

Superstar reportedly took off to Doha to support Argentina in Qatar after attending the Red Sea Film Festival in Dubai.

Mahira shared with her followers where she was on Tuesday via Instagram Stories at the Lusail Stadium in Doha, Qatar.

In the opening clip, she and her brother can be heard cheering for Argentina during their match versus Croatia in the semifinals while discussing a potential goal.

In addition, The Legend of Maula Jatt actor shared a close-up video of Lionel Messi celebrating a triumphant win with his team in the stadium, and he added a tiny white heart to the image.