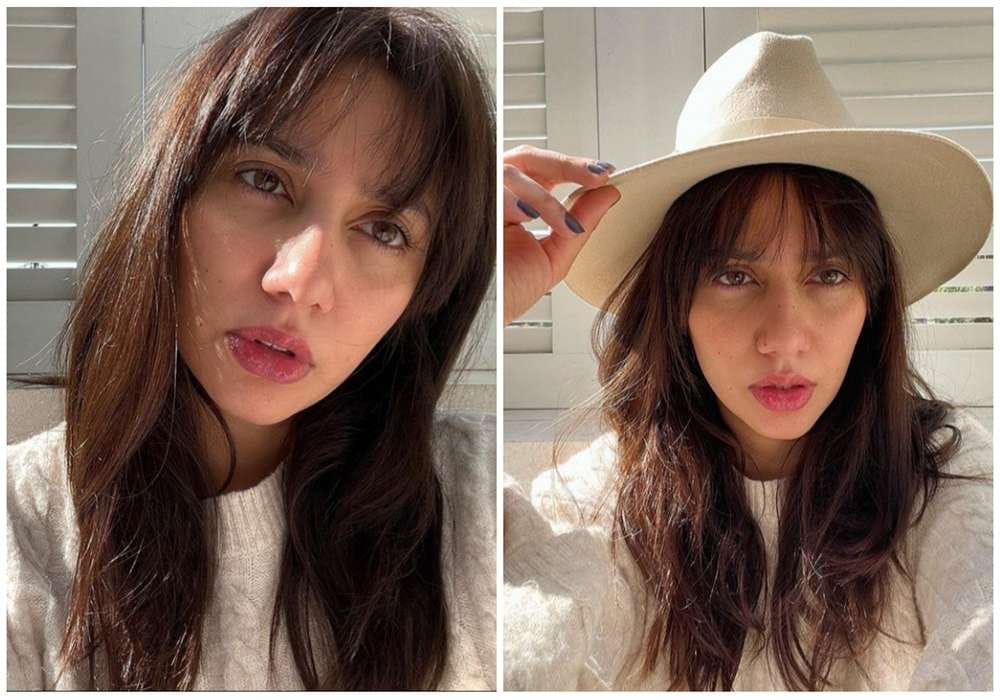 ‘Yay or Nay?’ is a social media trend in which celebrities share a new look and ask their fans if it suits them or not. Mahira Khan inspired us by refusing to buy opinion from the public and choosing to just tell about and revel in her latest haircut, which is actually a fringe as can be seen in her latest Instagram photos.

The ‘Sadqe Tumhare’ and ‘Hum Kahan Ke Sache The’ star posted two photos of herself on her social media, telling that initially she went for a mere trim. After getting done with the trimming, she went back to the salon with a changed mind and asked them to give her a fringe cut as well.

Khan also said that she wanted to dye her hair pink but people around her freaked out and she cut down the decision for the time being. ‘I will do it…I’m gonna do it!’ said the film and television actress, bent upon trying out a new hair colour as well regardless of whether people like it or not.

She was also found adding that these are just whimsical decisions on her part, otherwise she has never gone for hair dye or piercings or any off-beat look. These days, the actress seems to have assumed a positive outlook towards life and try her hands at different things just for the sake of having fun.