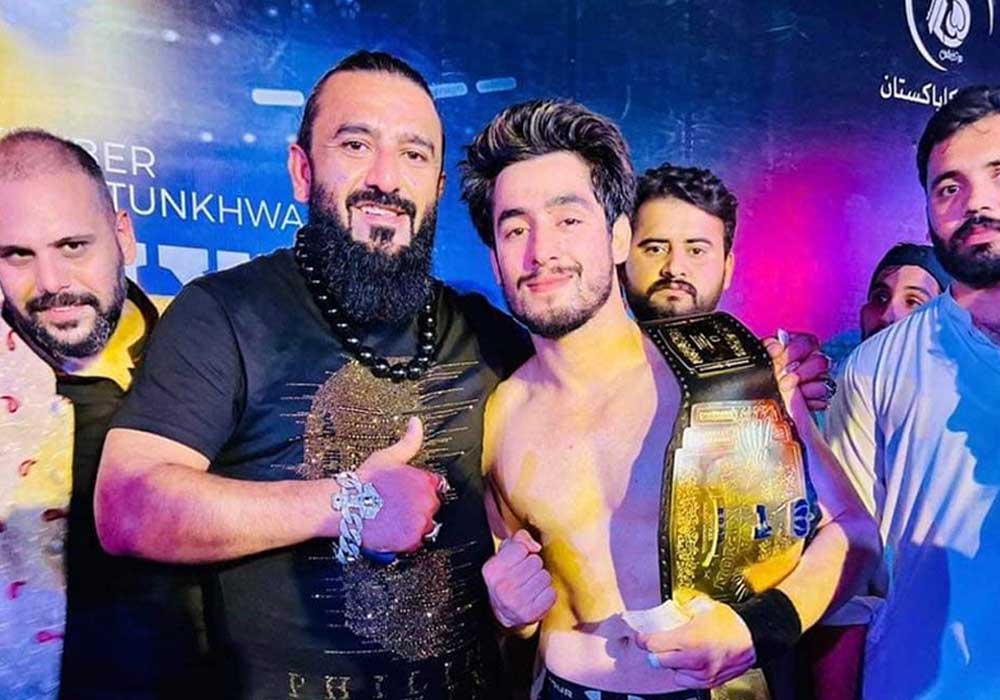 For the first time in the history of Pakistan, under the auspices of Mixed Martial Arts Pakistan, the first mixed martials art competition was organized in Mardan.

On the occasion of the mixed martial art competitions, famous singers and artists also performed their magic with mellifluous voice. More than 30 fighters took part in different categories of this mega event of martial arts. The exciting and thrilling fights of the fighters won the hearts of the fans. At the end of MMA Mega Fights event, Minister of Sports and Culture Khybar Pakhtunkhwa Atif Khan along with Chairman Pakistan Mixed Martial Art Federation Shoaib Afzal Malik and President Babar Raja distributed prizes to the fighters who took positions. Chairman Pakistan Mixed Martial Arts Federation Shoaib Afzal Malik also gave a cash prize of eight lakh rupees to encourage the best fighters. The purpose of the organization is to promote the sport of mixed martial arts and to bring forward the talent of new athletes so that they can get opportunities and enlighten name of country and nation  at the domestic and foreign levels.