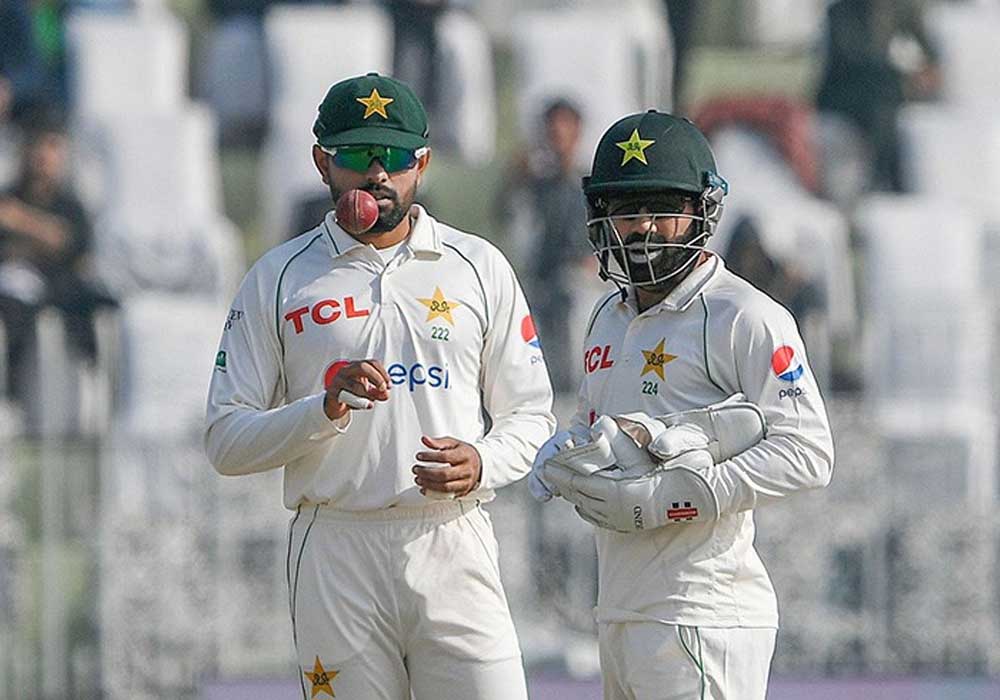 Pakistan will attempt to defeat England by scoring 355 runs on the third day of the second test in Multan after England was all out for 275 in their second innings on Sunday.

Harry Brook led all scorers for the visitors with 108 runs, followed by Ben Duckett with 79. Abrar Ahmed and Zahid Mahmood, two Pakistani spinners, split seven wickets between them.

Abrar, who was making his debut, ended his exceptional spell with an 11-wicket haul.

England overtook Pakistan to take the lead by 300 runs on the third day in Multan. The visitors led by 281 at the start of the day as they sought to win the series.

The visitors were led by the steady Harry Brook at 74 not out and Ben Stokes at 16, were 202-5 at the end of the second day of play in their second innings on a surface that was changing and had seen 25 wickets fall in two days,

Zak Crawley was out for three as a result of a direct hit from mid-on by Ahmed, who also contributed to the dismissal.

England had a 79-run first-innings lead after spinner Jack Leach got 4 for 98 as Pakistan was bowled out for 202, giving them a good chance to win the Test series.