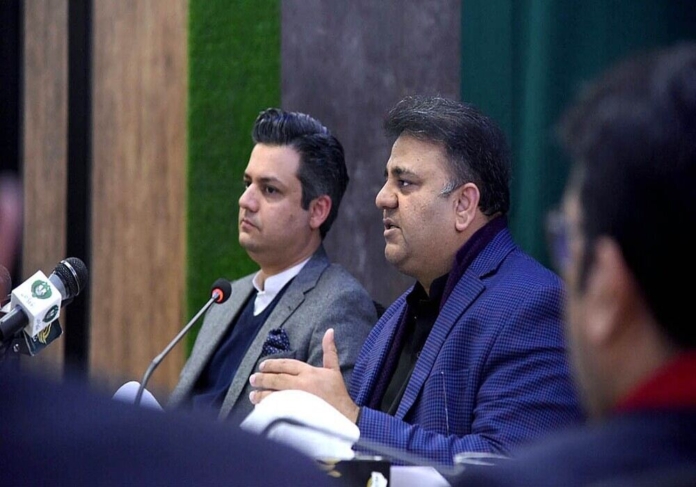 Minister for Information and Broadcasting Fawad Chaudhry on Tuesday made it clear that the federal government was obliged to abide by the court’s directives regarding the sealing and demolition of the navy’s golf course located in Islamabad’s Margalla Hills National Park area unless the court suspended its orders.

He was addressing a press conference after a meeting of the federal cabinet, a week after the Islamabad High Court (IHC) directed the civic agencies to seal the golf course.

Referring to the golf course, known as Margalla Greens Golf Club, the court had observed during the January 11 hearing, “The Pakistan Navy has encroached upon state land, including the notified area of the national park by illegally establishing a golf course outside the allocated Sector E-8. Construction on the encroached land and establishing a golf course [there] was and continues to be illegal, without lawful authority and jurisdiction.”

Briefing the media on the decisions of the huddle, Fawad said the cabinet also discussed the issue of effective legislation and the effective role of parliament in the nation-building process. The bill regarding the State Bank of Pakistan’s autonomy would be tabled in the Senate soon, which would hopefully adopt it, he added.

He said the cabinet asked the National Assembly and Senate secretariats to avoid nominating members having conflict of interest for various parliamentary committees.

During the press conference, Fawad also came down hard on the opposition, saying it was only focused on hatching conspiracies against the government despite the latter’s constant efforts to engage them on major system reforms.

“We want to engage the opposition on electoral and judicial reforms, and the process for appointment of NAB [National Accountability Bureau] chairman, but the reforms are not the priority of opposition leaders,” the minister said.

Fawad, who was flanked by Energy Minister Hammad Azhar, said he himself, the National Assembly speaker and the prime minister had invited the opposition to discuss those three issues, but their leaders only wanted to topple the government.

He said that from the very first day the opposition leaders desired that they would succeed in removing the current government after six months, and they were still yearning for that.

Regarding criticism by Pakistan Muslim League-Nawaz (PML-N) Vice President Maryam Nawaz, Fawad said even children did not take her remarks serious. Responding to a query about the boom in media ad revenue, he said journalists should rather ask from their elected representatives as to why they were still facing exploitation.

He said he had worked out a law to protect journalists’ rights, regretting a systematic campaign launched against him on the initiative. “It is difficult to fight the mafias,” he said, urging the media houses to share their financial details if they had any objection on his statement about increase in the media spending.

He said the cabinet was given a detailed briefing on the COVID-19 situation in the country. It was informed that daily cases had reached over 5,000, with rise in hospital admissions, including 20 percent increase in intensive care unit (ICU) cases.

The minister said vaccination was vital as those who had gotten two jabs were safer against the Omicron variant than the unvaccinated ones.

Unfortunately, he said, the Sindh province was lagging behind in the vaccination process, as its capital Karachi was the most affected city in terms of cases of the new variant. School children were the major victims, he added.

Fawad said the government had spent $2 billion on the import of vaccine. A major portion of the current account deficit comprised the imports of medicines, including vaccines for the coronavirus, he said.

The minister said the cabinet discussed the establishment of special technology zones, as new technology was vital for the country’s development. Setting up such zones would create job opportunities, besides increase IT exports, he said.

Fawad also said the Ministry of Industries and Production briefed the meeting on urea production and its availability in the country. There was record production of urea in Pakistan during the current year, but on the other hand wheat was cultivated on 0.5 million acres of land, while its price in the international market was 6 times high, he said. Despite some pressure, urea was available in most parts of the country as bumper wheat crop was expected, he added.

The minister said the cabinet also discussed in detail the power transmission system, and Azhar informed the cabinet about the ongoing steps to control line losses. It was told that it would be the first year in which circular debt would start coming down substantively.

He said the State Bank of Pakistan Amendment Bill was essential for economic recovery and structural reforms. During discussion on the protection of green covers of big cities, it was informed that before 2018, a marked reduction in the number of green areas and trees was noticed.

The measures taken by the government after 2018 had not only increased the number of trees in Islamabad but also reclaimed its green cover, he said, adding that steps were also taken to retrieve state land from the mafia. He said the prime minister directed that the master plan of all major cities should be finalised as soon as possible, with focus on increasing the number of green areas and trees in urban areas.

Speaking on the occasion, Azhar said the people had to face exorbitant electricity prices on account of fuel price adjustment (FPA) charges due to the expensive energy plants installed by the Pakistan Muslim League-Nawaz (PML-N) government.

Around 60 percent of power was being produced by the plants running on imported fuel, but ironically the PML-N was politicking on the issue, he said.

Discussing the issue of gas shortage in Karachi, Azhar said there were around 1,900 non-export industrial units, which used to be shut down by the former governments for a month in winter to fulfil the needs of domestic consumers.

During the current season, the industrial units had obtained a stay order from the Sindh High Court and resultantly the people of Karachi had to face gas shortage, he added.