'One can say that by according a rosy welcome to their leader, the PML-N will try to achieve several political motives. One possible explanation can be an effort by the PML-N to impress its political opponents and show them that Nawaz is still a popular public leader.' 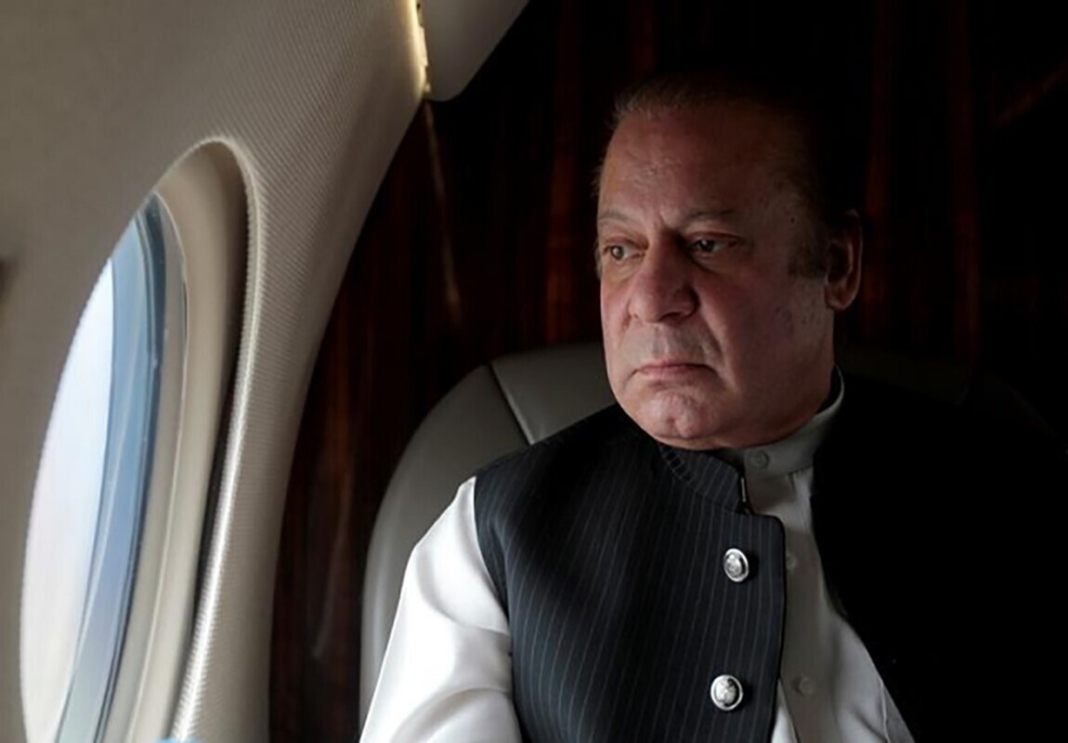 Once again a debate has been started about the return of former prime minister Nawaz Sharif to Pakistan, as federal minister Javed Latif has revealed that the former premier will come back in September this year. The PML-N leadership argues that the elder Sharif can counter Imran Khan’s charisma and his presence will ensure a level playing field for both parties. It has become clear that the PML-N will convince Nawaz to come back, and the party is making arrangements so that he could not land in jail after his return. For this purpose, legislation is being deliberated to be passed through the parliament to ensure that the lifetime ban on Nawaz is lifted and he can take part in the general elections.

Back in 2019, before flying to the UK, Nawaz had given an undertaking to the Lahore High Court to return to Pakistan within four weeks or as soon as he is declared healthy and fit to travel by doctors. He was also given bail in the Al-Azizia Mills corruption case in which he was serving seven-year imprisonment in Lahore’s high-security Kot Lakhpat jail. Since his departure to the UK in November 2019, he has not returned to Pakistan despite efforts by the PTI government to bring him back so that he could undergo the remaining prison sentence. Once again, speculations are rife about his possible return to the country likely before the next general elections.

It would not be a proud moment for the former premier who is returning home as a convict. The PML-N is making all efforts to prove the court punishment as political victimisation and will try its best to secure bail for Nawaz against the charges of corruption for which he has been awarded imprisonment. Anyhow, the return of Nawaz is inevitable as he has to secure bail relief by showing up in court. Even if he is imprisoned and denied bail, he can portray the punishment as discrimination to win a sympathy vote.

Nevertheless, Nawaz is hoping for an unprecedented welcome from his diehard supporters in the country, and his party is busy trying to prove himself the real saviour of the masses. There is a strong possibility that the PML-N will try to secure the much-needed court relief before he arrives in Pakistan as has been witnessed regarding the issuance of a green passport.

With general elections approaching fast, the PML-N will also use all its cards to win the masses’ support. This time, the making of an alliance with the PPP will be a tricky option because the main focus of the party will be securing a clear majority in the National Assembly. Among the mainstream political parties at the national level, the PPP is still a main opponent of the PML-N in the Centre and Sindh. Although, a meeting has already been held between PPP Chairman Bilawal Bhutto Zardari and Nawaz Sharif in
London, where both leaders decided to revive the charter of democracy, a pact which was agreed upon between Benazir Bhutto and Nawaz Sharif back in the Musharraf regime in 2006. Now once again, both parties are striking a deal under a give-and-take policy. The PPP wants support from the PML-N in Punjab while the latter needs the former for keeping the number game intact in the Centre now and in future too to counter the growing popularity of the PTI.

So the ground is being paved for the return of the PML-N party supremo. For the PML-N, the return of Nawaz will also give a much-needed impetus to the election campaign of the party. Amid strong backlash by the PTI, Nawaz will be presented as the real saviour. One can say that by according a rosy welcome to their leader, the PML-N will try to achieve several political motives. One possible explanation can be an effort by the PML-N to impress its political opponents and show them that Nawaz is still a popular public leader. The PML-N can gauge its popularity among the public by using the Nawaz card. Second, as the general elections are approaching fast, the PML-N wants to keep its vote bank intact and by reaching the general public, it would try to win their confidence.

However, there are some negative aspects as well as some serious ramifications of this homecoming. There is a possibility of clashes between the supporters of the PML-N and PTI besides confrontation can lead to a law and order situation in the country. It seems a battle for survival in politics. It would also be a test case for the judicial system whether a convicted person is sent to jail on his arrival or not. Let’s see whether people accord Nawaz a rosy welcome, create a chaotic situation or the day passes peacefully, culminating in the imprisonment of Nawaz.