Those challenging Pakistan will be given befitting reply, NSC meeting will continue on Monday 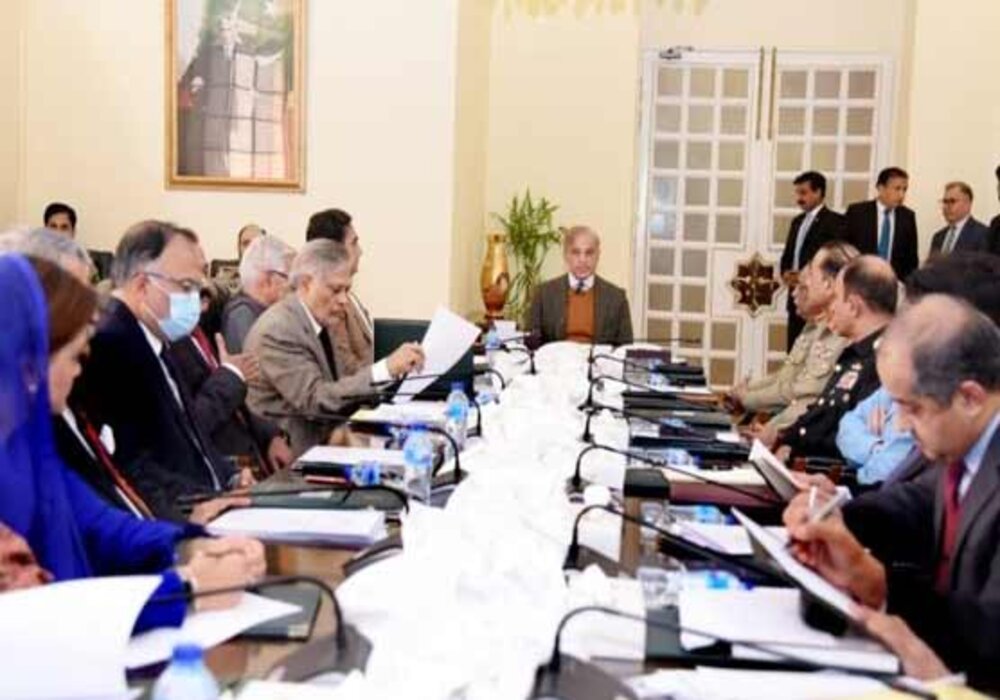 Prime Minister Shehbaz Sharif chaired a meeting of the NSC to review the preparedness of counter-terrorism and formulate a strategy to counter terrorism in the wake of increasing terrorist attacks in the country.

The statement said that the meeting of the National Security Committee will continue on Monday, January 2, 2023 in which further decisions will be taken in the light of the proposals.

According to the detailed statement, the meeting reviewed the country’s economy and law and order in detail. Finance Minister Ishaq Dar briefed the participants about the economic situation and challenges of the country and briefed the participants about the economic strategy and measures adopted by the government in this regard.

Intelligence agencies briefed the meeting on the overall law and order situation in the country and apprised the meeting about the factors related to the recent wave of terrorism and measures to prevent them.

Minister of State for Foreign Affairs Hina Rabbani Khar briefed the meeting on the situation in Afghanistan and briefed it about Pakistan’s contacts with the interim government of Afghanistan.

According to the statement, the meeting expressed the clear opinion that Pakistan’s national interests will not be allowed to be compromised nor will anyone be allowed to harm the key concept of national security.

“The core interests of Pakistan’s survival, security and development will be protected with utmost courage, bravery, perseverance and perseverance,” the statement said.

According to the statement, the meeting paid tribute to the great sacrifices of the martyrs against terrorism and expressed sympathy and condolences to their families and prayed collectively for the elevation of the status of the martyrs.

The law and order situation in the country has worsened in the last few months, with terrorist groups such as the outlawed Tehreek-e-Taliban Pakistan (TTP), militant group ISIS and Gul Bahadur Group carrying out attacks across the country.