Nuno sacked by Spurs after four months of appointment 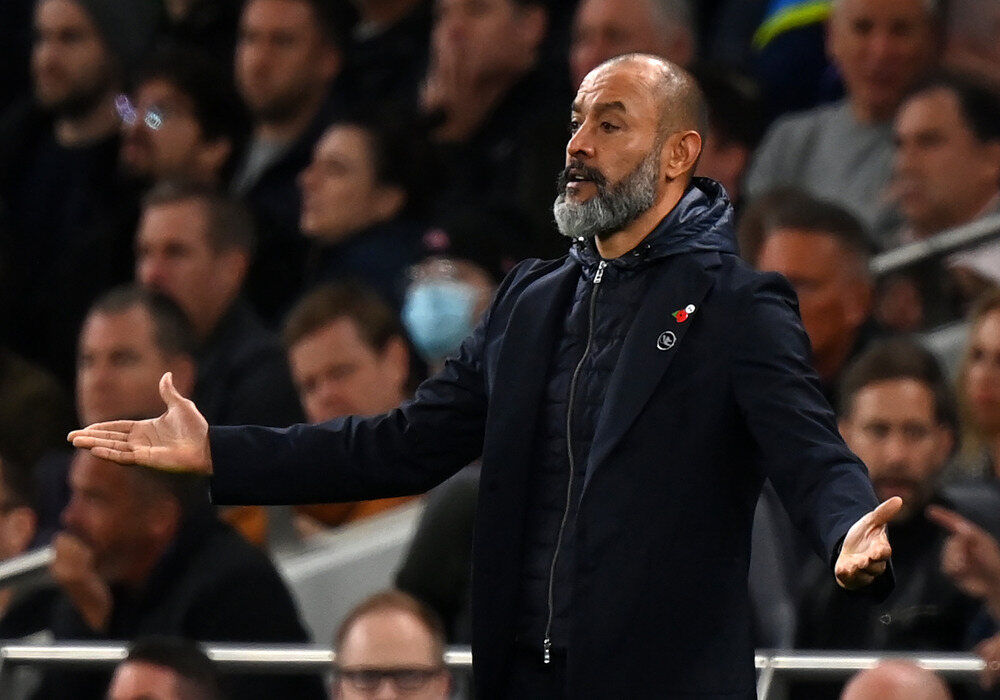 Spurs gave an insipid display in their 3-0 defeat at home by Manchester United on Saturday, with fans booing and chanting “You don’t know what you’re doing” at the former Wolverhampton boss.

Spurs chairman Daniel Levy and managing director of football Fabio Paratici are understood to have met on Sunday to discuss the Portuguese manager’s fate. A statement from the club on Monday said Nuno and his coaching staff had been ‘relieved of their duties’.

Spurs said a further coaching update would follow in due course.

Tottenham have lost five of their past seven Premier League matches and are eighth in the table, ten points behind leaders Chelsea.

Nuno, 47, was announced as the new boss of the north London club on June 30, replacing Jose Mourinho, who was sacked in April.

The ex-Valencia and Porto boss was appointed by Spurs after former manager Mauricio Pochettino, Antonio Conte, Paulo Fonseca and Gennaro Gattuso were all inked with the job. Tottenham’s 17 games in all competitions since his appointment had featured seven defeats.

They did not manage a single shot on target against United, with England captain Harry Kane largely anonymous. Kane, denied a move to champions Manchester City in the transfer window, has only managed one Premier League goal so far this campaign after winning his third Golden Boot last season.

Nuno guided Wolves from the second-tier Championship into the Premier League in 2018 and secured consecutive seventh-place finishes in their first two seasons back in the top-flight before a 13th-place finish last term. Spurs fans have been desperate to challenge again for the Champions League places after missing out on European football’s premier competition for two consecutive seasons.