OIC is working to find solution to Kashmir issue 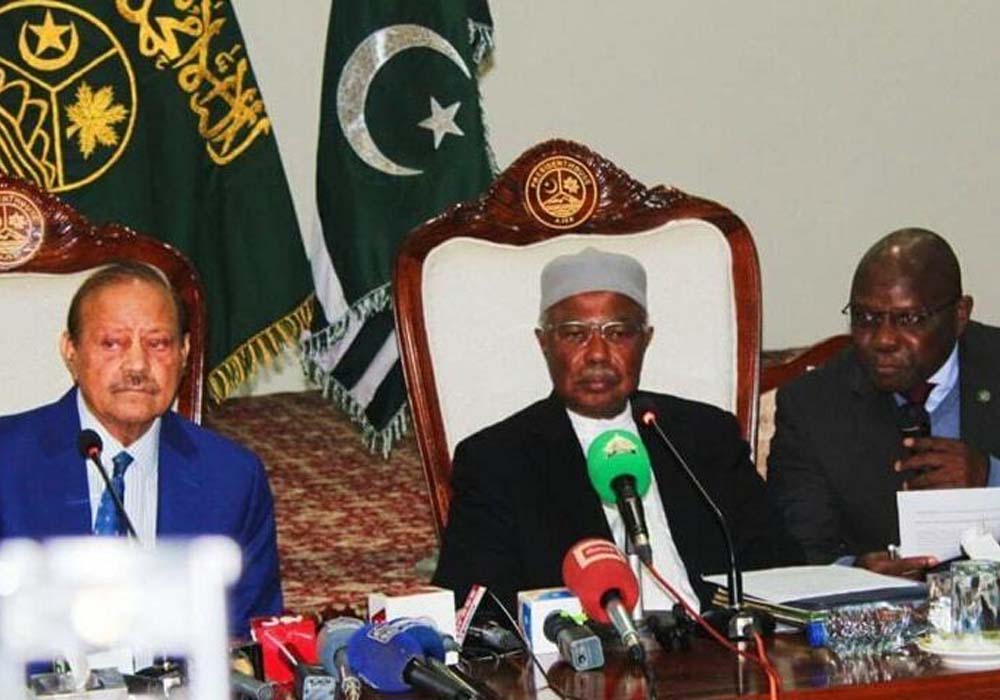 The Organization of Islamic Cooperation (OIC) has stated that it is working to find a solution to the longstanding Kashmir issue.

OIC Secretary General Hissein Barahim Taha at media brief stated, “I think the most important thing is to find the channel of discussion between stakeholders (India and Pakistan) and we are working on a plan of action in this regard in collaboration with the Pakistani government and other member countries.”

He also added that this is why we need the mandate of member states and we should know that most of the issues in diplomacy should not be discussed on the street.

In a statement to the media, Mr. Taha stated that the purpose of his trip was to execute a decision that the Council of Foreign Ministers (CFM) had recently adopted and to personally observe the circumstances on the ground.

He also added, “We are here to express our solidarity, sympathy, and determination.”

He promised to provide the CFM with a thorough report on the visit and ask them to take the correct decision regarding the OIC delegation’s trip to the Line of Control.

“The foreign ministers will essentially make the choice,” Taha said.