PM calls on Khan not to spew venom against state institutions, says country will become anarchic like Syria 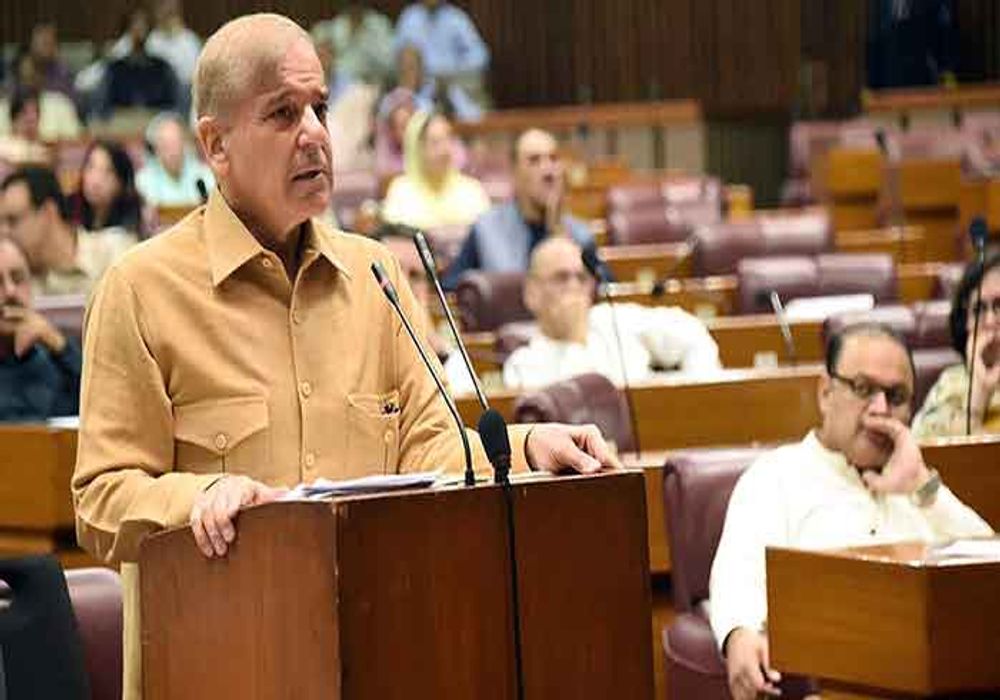 Prime Minister Shehbaz Sharif on Monday lashed out at Pakistan Tehreek-e-Insaf Chairman Imran Khan for “destroying” the minds of Pakistanis with his speeches that have targeted state institutions.

“The nation has been divided as Khan repeatedly called [the then-opposition and now government] thieves and dacoits,” PM Shehbaz said while addressing the maiden session of the National Assembly since the new government took power.

He termed Khan’s speech in Abbottabad as “dangerous” saying the PTI chairman told his supporters that Nawab Siraj-ud-Daulah’s commanders-in-chiefs were “Mir Jafar and Mir Sadiq”, in a direct reference to Pakistan’s institutions.

“There can be nothing [worse] than the words he used for the institutions in his speech,” the premier said, slamming Khan for spewing venom against the institutions. The prime minister warned that if Khan did not stop criticizing the institutions, the country would turn into Syria and Lebanon.

PM Shehbaz added that the same institution which Khan had criticized had “pampered him like a child” and he was “their favorite when he was in the government”.

“I want to tell this house that this institution has not supported any government or prime minister in the last 75 years like it supported Imran Khan Niazi,” PM Shehbaz said as he criticized the PTI chairman for failing to deliver.