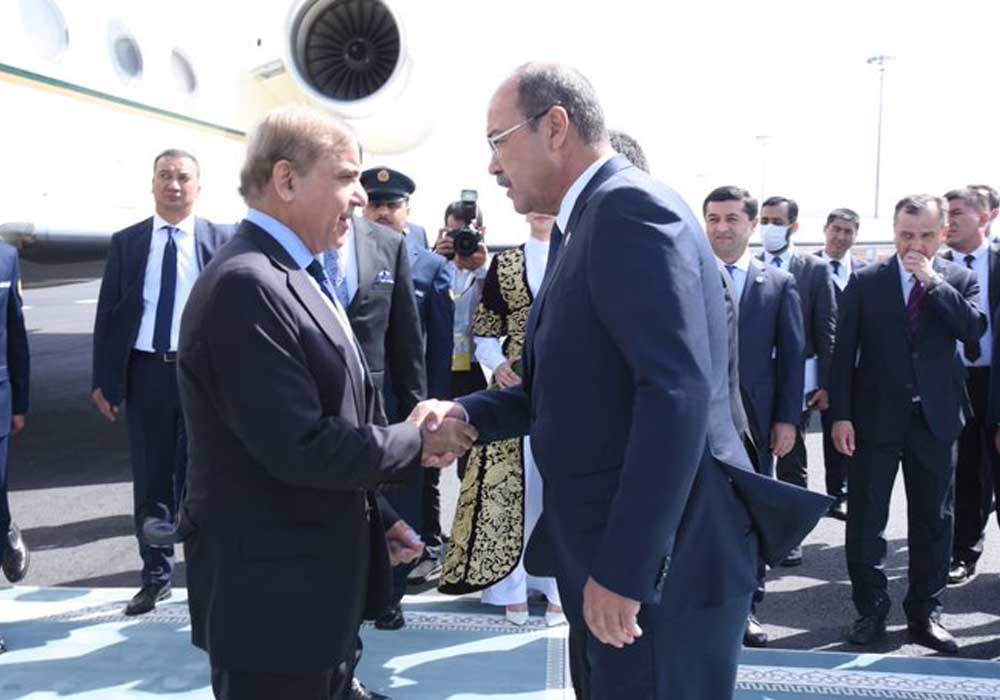 Prime Minister Shehbaz Sharif arrived in Samarkand, Uzbekistan to attend the 22nd annual meeting of the Council of Heads of State (CHS) of the Shanghai Cooperation Organization.

On Thursday, upon the arrival of Prime Minister Shehbaz Sharif, he was welcomed by the premier of Uzbekistan Abdullah Aripov.

The cavalcade of Prime Minister Shehbaz Sharif left the airport in Samarkand for the Hazrat Khizr complex.

Grand Mufti of Uzbekistan Sheikh Nooruddin recited the Quran at Hazrat Khizr Mosque upon the arrival of PM Shehbaz.

Prime Minister Shehbaz Sharif was welcomed by the premier of Uzbekistan Abdullah Aripov.

The prime minister met the president of Uzbekistan, Shavkat Mirziyoyev, on the first day of his two-day visit, on the sidelines of the SCO summit, to address topics of common concern.

The meeting’s main goal was to improve Pak-Uzbek relations in a variety of areas for the mutual benefit of the two friendly countries.

According to Information Minister Marriyum Aurangzeb, “Both leaders agreed to bolster and expand the scope of mutually beneficial fraternal ties.”

However, there is no plan to meet his Indian counterpart, Narendra Modi.