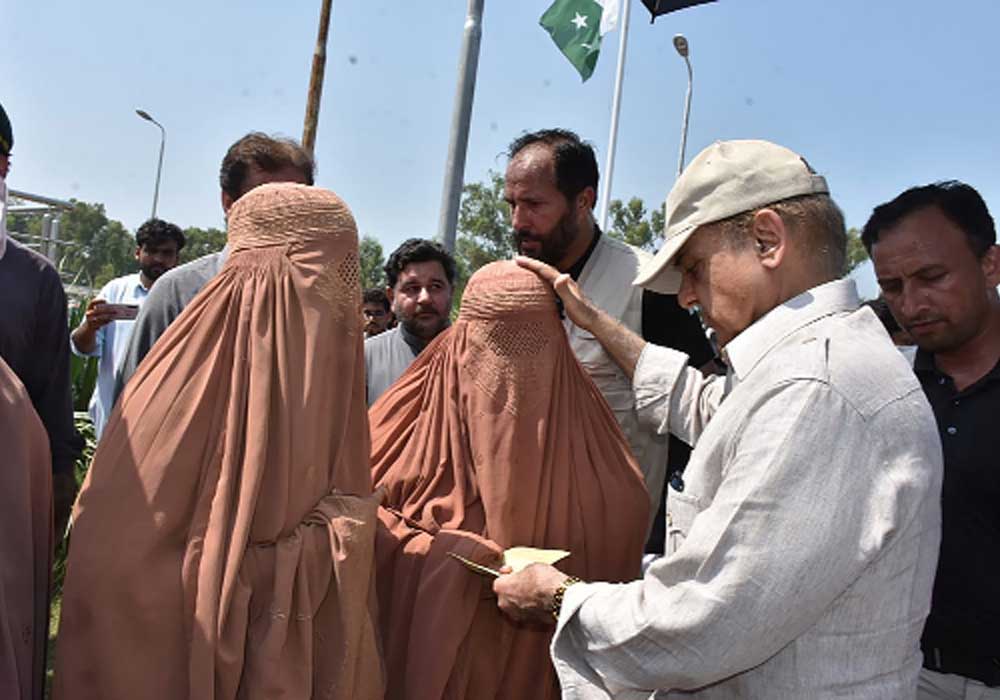 Prime Minister Shehbaz Sharif on Monday directed the authorities concerned to utilize all available resources for immediate rescue and relocation of the flood-hit population.

The prime minister, who arrived here to review the rescue and relief activities in the flood-ravaged areas of Khyber Pakhtunkhwa, was briefed about the flood situation in Kabul River. Khyber Pakhtunkhwa Chief Secretary Dr Shehzad Bangash, Deputy Commissioner Nowshera, NDMA and PDMA’s authorities briefed him about the ongoing rescue, relief and rehabilitation operations in Nowshera district following the devastating floods of the August 27 that wreaked havoc to people’s lives and properties besides infrastructure, standing crops, gardens and livestock.

During the briefing at Mardan Bridge, the authorities apprised him of the ongoing rescue and relief operation as well as other facilities being provided to the displaced people at the relief camps. He was told that medical camps have been established to provide required medical support to the flood victims staying at camps as well as at their own houses. He was informed that 70 relief and 11 medical camps have been established for the flood victims in the tehsils Jhangira, Pabbi and Nowshera, and assistance is being provided to those affected. The prime minister was informed that the stoppage of Tarbela Dam’s water had helped passing of the flow of floods in River Kabul without causing further losses.

At the relief camp, Sharif interacted with the people staying at the shelter camps and showed affection to the children. The prime minister assured the nation that the coalition government would not sit idle until all of the flood-stricken people were rehabilitated, and urged the philanthropists to rise for supporting the distressed countrymen. He urged them to arrange food, medicine, clothes or cash for the flood victims as millions of Pakistanis were looking towards them. Prime Minister Shehbaz said all the flood victims in the country, including Khyber Pakhtunkhwa, would receive cash assistance of Rs25,000 each through the Benazir Income Support Programme by September 3. The distribution of cash assistance among the flood-hit people is underway in all the provinces, including Sindh and Balochistan.