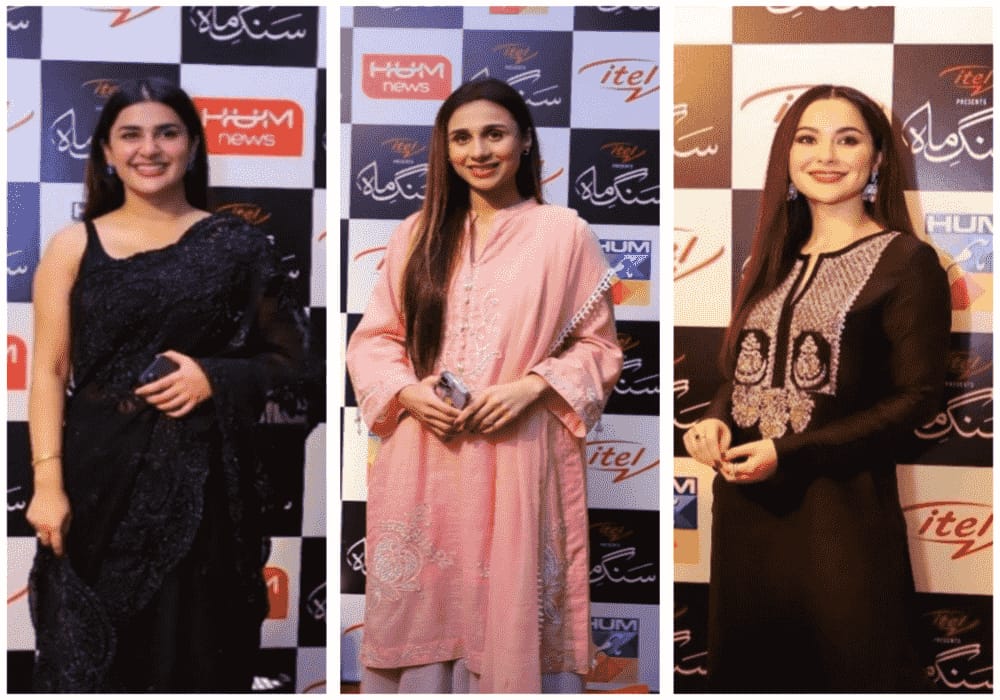 The mega production ‘Sang-e-Mah’ had its premier held on January 7, one day before its release in cinemas for the public and two days prior to its television premiere.

The event turned out to be a star-studded one, for not only the actors from the project itself were present over there to promote it, but multiple stars from the showbiz fraternity made sure to mark their presence. 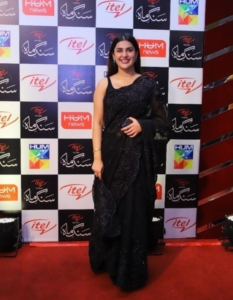 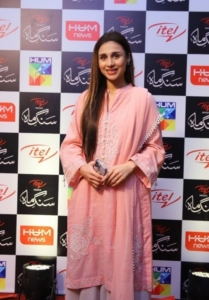 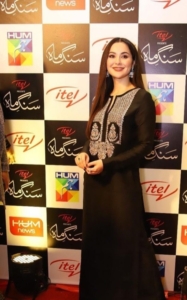 Along with Hania Aamir, Zaviyar Ejaz, Atif Aslam, Kubra Khan and the director Saif-e-Hassan, we also got to see Syed Yorguc, Mashal Khan, Osama Tahir, Noor-ul-Huda Shah, Salman Sheikh, Hira Mani and Aijaz Aslam, to name only a few from the fun-filled night. 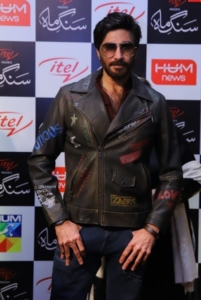 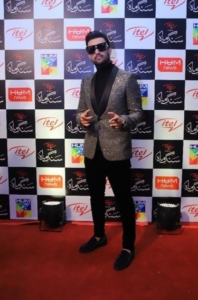 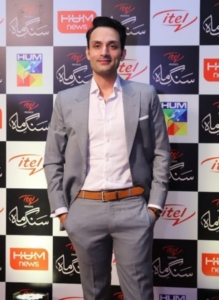 Members from the cast and crew were warmly welcomed at the red carpet, and were asked regarding their respective experiences of working in ‘Sang-e-Mah’.

Zaviyar Ejaz, who happens to be Nauman Ejaz’s son, said that he loved the layered character which he got to perform in the serial, the realistic portrayal of which, with all human emotions involved, turned out to be quite wonderful an experience.

Kubra Khan added that ‘Sang-e-Mah’ held a special importance for her because she entered the drama industry through ‘Sang-e-Marmar’, which involved more or less the same team and could be considered but a figurative prequel to ‘Sang-e-Mah’.

The serial will be going on air on Sundays at 8:00pm, replacing ‘Hum Kahan Ke Sachay Thay’.