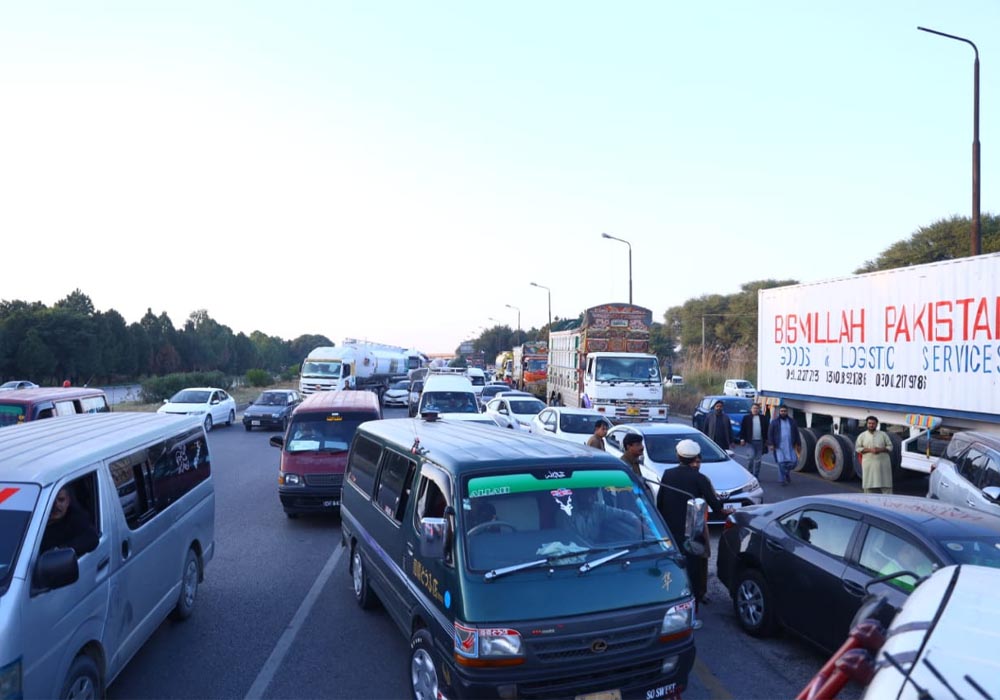 PTI will now block the Interchange of Motorway M1. PTI leader Zulfi Bukhari has announced the closure of the M1 motorway interchange.

A video has also been released by PTI in which Zulfi Bukhari was seen talking to an officer of the Motorway police. He could be seen telling the Motorway police officer that they would close the road near the toll plaza in protest against the non-lodged FIR of the attack on Imran Khan.

Earlier, PTI workers under Zulfi Bukhari were demonstrating protests at GT Road near Fateh Jang but due to a change in policy, the protest will now be shifted to the Motorway Islamabad toll plaza.

Imran Khan was attacked last week in Wazirabad during his long march. His container was fired upon due to which one person died while 13 including Imran Khan were injured.

According to the briefing of doctor Faisal Sultan Imran had received four bullets in his legs.