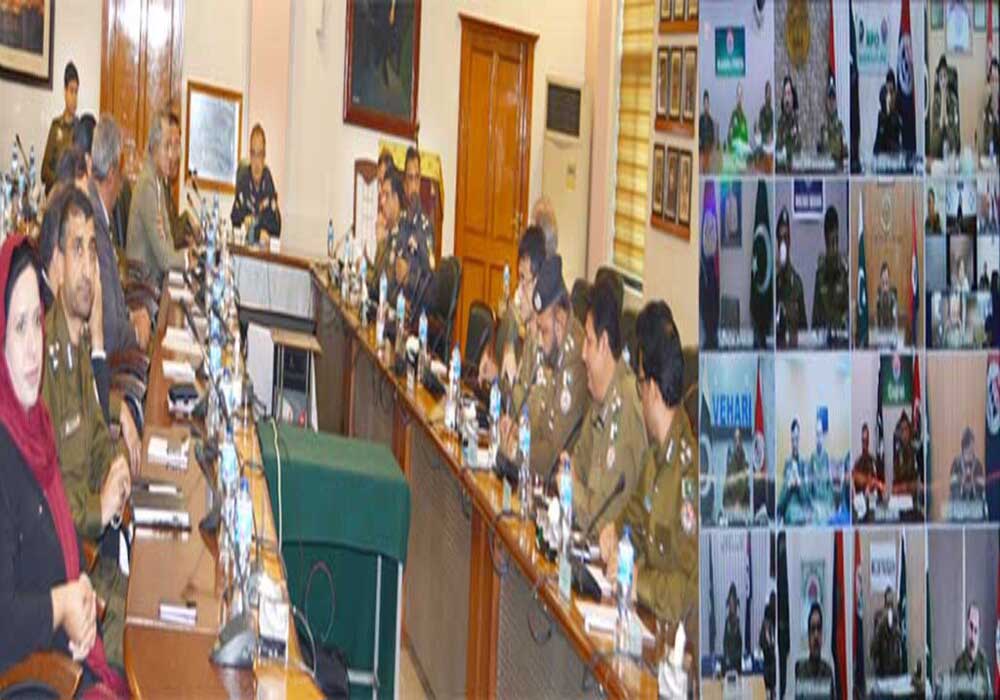 On the instructions of Acting IG Punjab Kunwar Shah Rukh, the process of large-scale recruitment in Punjab Police has started.

Acting IG Punjab Kunwar Shahrukh has ordered that the recruitment process of traffic assistants, constables, lady constables, driver constables and wireless operators in the police force should be completed on 100% merit and transparency. He said that the jawans who meet the eligibility and qualification criteria will be made part of the police force. He emphasized that proper arrangements should be made for the convenience of the candidates coming for recruitment and all steps should be carried out in complete impartiality and according to the issued SOPs.

He gave these instructions on Tuesday while presiding over important meeting of recruitment boards regarding recruitments at Central Police Office. According to reports, the process of formation of recruitment boards in all the districts of the province has been completed for the recruitment of Traffic Assistant, Constable, Lady Constable, Driver Constable and Wireless Operators in Punjab Police. In the first phase, physical and written examination will be conducted from November 30 in 20 districts after document scrutiny. In the second phase, the recruitment process will be started from February 2 in the remaining districts including the provincial capital Lahore.

The Acting IG Punjab directed that the officers involved in the recruitment board should personally monitor all the steps and select capable and qualified jawans according to merit and make them a part of the police force.  During the meeting, Additional IG Establishment and DIG Establishment briefed IG Punjab about the recruitment process. Additional IG Establishment, DIGs and officers from all districts participated in the meeting held in committee room through video link.

The mobile app of Punjab Police Human Resource Management System (HRMIS) has been launched by the Punjab Police IT Branch for immediate resolution of the welfare and professional problems of the police employees, which is specially designed for the welfare of the on-duty police officers. The Punjab Police HRMIS application will enable the supervisory officers to directly monitor problems faced by force deployed in the field as well as solve them immediately.

Through this service, officers will be able to see their complete profile and if there is any mistake in it, it can be rectified. Through this application, all police officers will be able to appeal against any given punishment in a timely manner, while the employees will also be able to apply all their dues related to welfare through this application. The said App will enable police officers to apply for promotion seniority, welfare related funds, office documents, NOC, last pay slip, pay and allowance etc. without visiting the offices. Solving the problems faced by retired employees will be possible on priority basis while the process of providing other facilities including death certificates of martyrs will be speeded up. Initially the HRMIS mobile application has been launched on an experimental basis. It will be further upgraded over time in the light of feedback received from the employees.

According to the details, the launch of Punjab Police HRMIS mobile application is of special importance to the police employees because now they do not have to go round the offices to get transfers, postings, show-cause notices, appeals from punishments, leave and other applications, service record and profile.

The mobile app of the Human Resource Management Information System launched by the Punjab Police IT Branch is available on the Play Store, from there the employees will be able to download it on their mobiles and register using a specific button. After downloading the mobile app, the employees will enter their ID number followed by the OTP number by which they will register themselves in the App.

In the App, they can check all service records, transfer postings, punishments and their profile. App notification will be received in case of employee transfer or reprimand or punishment. Instead of submitting the answer to the show cause in the offices, it will be possible to submit it online on mobile. Officers will also be able to undertake orderly room online instead of calling the employees to the office. Employees can apply through the app if they want to take leave or transfer. 72 different types of requests can be submitted through this App. The branch concerned will receive a notification and will be bound to respond within the stipulated time.