Putin can ‘go to hell’, but first pay for ‘war crimes’ in Ukraine: Zelensky 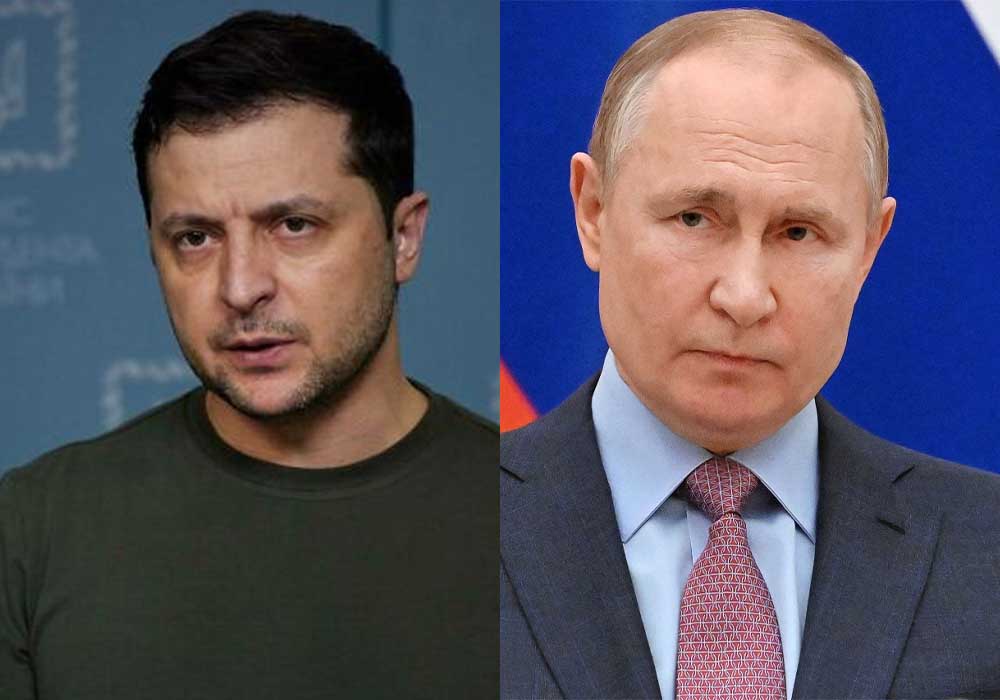 Ukrainian President Volodymyr Zelensky has said that his Russia counterpart Vladimir Putin should “go to hell”, but not before being held accountable for suspected war crimes committed during the invasion of Ukraine.

While speaking to ABC, the Ukrainian president said that Putin should stand trial for the atrocities his forces committed while advancing across Ukraine.

Zelensky also said that assassination attempts continue to be made against him.

According to Zelensky, the enormous Zaporizhzhia nuclear power facility has been utilized by the Russian military as a weapon.

“You see, they occupied our nuclear station, six blocks away. It means six Chernobyls; it means the biggest danger in Europe,” he stated.

According to information provided to the International Atomic Energy Agency on Monday by Ukrainian officials, the reserve line to the Zaporizhzhia nuclear power plant “was deliberately disconnected in order to extinguish a fire.”

The agency stated that in the meanwhile, the facility’s only functional reactor will “generate the power the plant needs for its safety and other functions”.

The event increased worries about a possible nuclear accident at Zaporizhzhia, one of the ten largest nuclear power reactors in the world.

Experts claim that its reactors are built to withstand accidents like plane crashes and natural calamities, but leaders from all over the globe have pleaded for it to be spared from the conflict due to the extremely high chance of a catastrophe.

On Monday, the Russian military accused Ukrainian forces of staging ‘provocations’ there.

The facility is located within an administrative region that was erected by Russia, according to a claim made by the Russian military earlier on Monday.

According to the Russian Defense Ministry, Ukrainian forces on Sunday attacked the plant’s area with a drone, which Russian soldiers were able to shoot down.

According to the Russian government, Ukrainian forces shelled the nearby city of Enerhodar twice overnight.