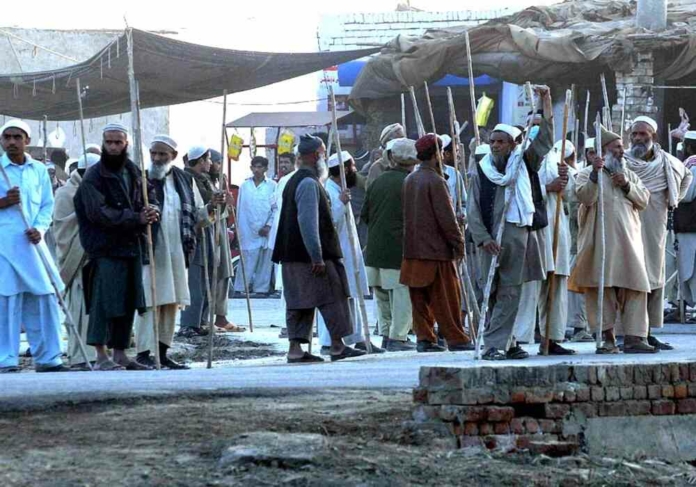 The annual Raiwind congregation will begin today (Thursday), with hundreds of thousands of people expected to attend the first phase of the four-day event.

Considered the second largest gathering of Muslims after Hajj, the congregation is held under the administration of the Tablighi Jamaat-an Islamic revivalist movement of the Deoband-Sunni school of thought that has spread from its origins in India in the 1920s to the broader Muslim world. A large number of followers from home and abroad have already reached the venue in the town of Raiwind-some 30km west of Lahore-and more are pouring in, some participants told Minute Mirror on phone.

The proceedings mostly included sermons of religious scholars will start after Asr prayers and the event will conclude on Sunday morning with a collective prayer by a leading scholar. Between five to six million people are expected to participate in the prayer-the major and the final event of the congregation. The teams will be made to preach Islam in Pakistan and abroad during the event. The teams formed last year will also present their reports.

In the first phase, the people from Halqa (a specific area chalked out by the administration of Tablighi Jamaat) 1 Lahore, Halqa 6 Peshawar, Halqa 11 Multan and Halqa 18 Quetta including the districts, tehsils, towns and villages fall under the constituencies will participate. The second and final phase of the congregation will begin on November 10 and end on November 13. People from Halqas of Faisalabad, Swat, D I Khan and Karachi will participate in the second phase.

Police, and law enforcement agencies have made elaborate security arrangements for the congregation besides the internal (Pindal) security measures by the thousands of volunteers of Tablighi Jamaat. A traffic Police spokesperson said a comprehensive traffic plan was evolved to ensure smooth traffic flow during the event. A police desk has been set up to facilitate people besides 12 DSPs, 36 SHOs, 306 upper subordinates and 3,000 policemen under the supervision of three SPs have been deployed to ensure foolproof security. The policemen would perform duties in three shifts. No one would be allowed to park their vehicles without parking stands.