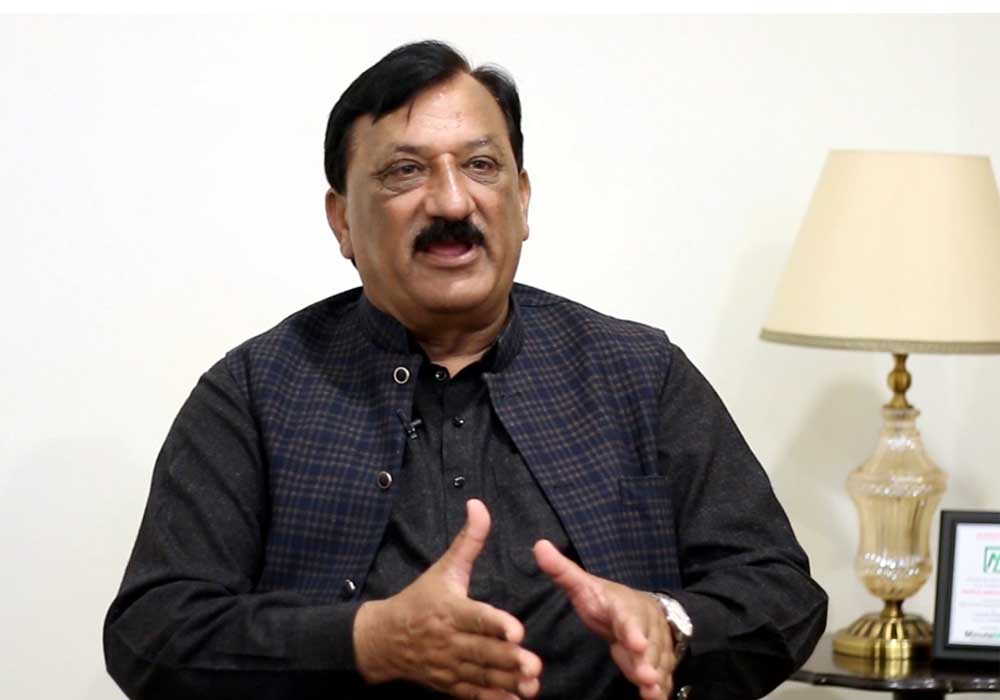 Special Assistant to the Prime Minister on Industries and Production Tasneem Ahmed Qureshi has hinted at the revival of the Iran-Pakistan (IP) gas pipeline project.

“It is the only solution to minimize the huge energy deficit,” said Qureshi while talking to MinuteMirror on Tuesday. Formerly a member of the National Assembly from Sargodha, Qureshi visited MinuteMirror’s head office in Lahore where he met its Chief Editor Ali Sajjad and other staff members.

Nearly after two-and-a-half months since he assumed charge of the office, Qureshi expressed his resolve to boost industrial production – a key source of foreign exchange and employment in the country. “More than 70 per cent of industry is shut due to multiple factors with fuel shortage being the prime of them.”

Originally including India, the project was floated in 1994. The 1,700-mile-long pipeline – also known as Peace Pipeline – was meant to deliver natural gas from Iran’s South Pars Gas Fields to India via Balochistan. The eastern neighbour later pulled off, stalling the project. Pakistan finally struck a deal regarding the project during PPP’s tenure (2008-13).

“We will certainly follow the international law and guidelines to complete the project.” The special assistant said that the former PTI government could not revive the project despite making tall claims.

Qureshi said his party would make all efforts to materialise the project. “The revival of the Pakistan Steel Mills (PSM) is also my prime task as I will meet industrialists in Karachi on Thursday to devise a strategy to restore production.”

Qureshi added that he would propose a solution to the problem after the meeting. He alleged that PSM workers were forced to resign during the PTI tenure.

He claimed that PPP Chairman and Foreign Minister Bilawal Bhutto Zardari made huge efforts to get the country out of the FATF grey list, crediting the collation government for entering into an agreement with the International Monetary Fund (IMF). He said the government’s top priority was to bring down inflation and the unemployment ratio.

“Yes, people are worried about high prices and they are complaining against it,” he said, vowing the nation will see the impact in the next couple of months.

Qureshi said that elections will be held on time and the PPP will form the next government. The incumbent government, he insisted, would complete its constitutional term. “Certainly, Punjab will remain our priority in the coming polls.” He said the PPP always focused on resolving public issues whenever it came to power.