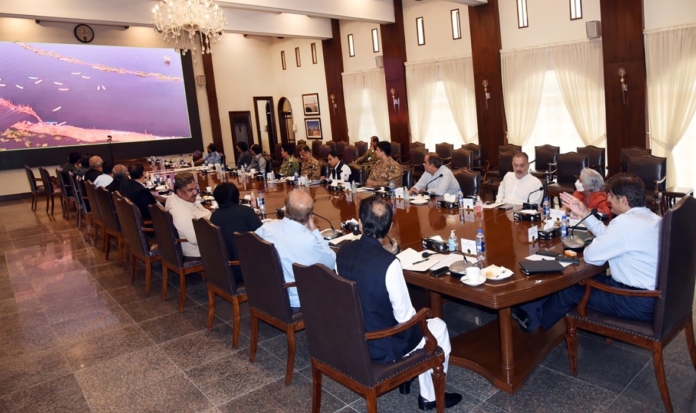 A meeting of the Sindh cabinet on Tuesday approved Rs23.55 billion subsidy on wheat to ensure the sale of flour between Rs58 and Rs65 per kilogramme.

The meeting was chaired by Sindh Chief Minister Syed Murad Ali Shah. Addressing the meeting, the chief minister directed the food department to prepare a foolproof strategy to ensure that the subsidy is passed on to consumers. The cabinet decided to purchase 200,000 tonnes of wheat from PASSCO for which Rs16.768 billion were approved.

The cabinet was told that the Sindh government had taken over the administrative control of the three institutions in July 2011 under the 18th amendment.

Minister Energy Imtiaz Shaikh told the meeting that the Privatization Commission had initially decided to privatize all federal government-owned power distribution companies (DISCOs) but finally decided to hand over them to the provincial governments concerned.

In this connection, he said, that the administrative control of the Hyderabad Electric Supply Company (HESCO) and the Sukkur Electric Power Company (SEPCO) would be handed over to the Sindh government.

The chief minister said that the provincial government was authorized to undertake power distribution under the constitution. Therefore, he directed the energy minister to appoint a firm to determine the number of employees, growth, target losses, financial cost and recovery ratio for both the companies so that they could be acquired.

Minister for Education Sardar Shah told the cabinet that recruitment of teaching and non-teaching staff was made more than the sanctioned strength in 2012. He added that the salaries of most of the appointees were stopped. “The claimants then approached different service tribunals and courts and finally the matter ended up in the Supreme Court.”

The cabinet discussed the matter and decided to regularise the services of 297 teachers appointed in 2012.

The cabinet was further told that 6,000 (JESTs) and 1,190 (ECTs) were recruited through the IBA Sukkur under the recruitment policy 2017. “The teachers were appointed on a contract basis in 2018-20 for a period of five years on the condition that after the completion of four years, they would have to clear a test for further extension.” The cabinet decided to regularise them from March 2022.

The meeting also granted approval to a proposal, seeking to ban hunting of migratory birds, including waterfowl, and native birds.

The Sindh Wildlife Department had proposed a ban on hunting of local and migratory birds, citing devastating floods and climate change.

The meeting also approved a draft bill for the establishment of a urology and transplant institute in Nawabshah with the technical support of the Sindh Institute of Urology and Transplantation (SIUT).

The cabinet, on the request of the health department, approved an additional grant of Rs434.188 million on account of the financial impact of the imposition of 17 per cent GST.