Every third or fourth person who comes into my office wants sugar-free tea. I won’t go into more detail because doing so would require them to admit to having diabetes.

People who drink tasteless, sugar-free tea tend to be older than 40. I recently had a visitor to my office who was 25 years old and in the prime of his life. As well, he requested tea without sugar.

The fact that the young man was aware of the negative effects of the white sweetener made me glad. He turned out to have diabetes, though. 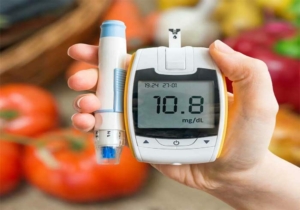 One nation where diabetes has been an issue for many years and where attempts to prevent it are insufficient is Pakistan. According to a recent estimate from the International Diabetic Federation, Pakistan is third overall with 33 million people (20-79 years) living with diabetes, after China and India.

According to the World Health Organization and other international organisations keeping track of diabetes, Pakistan would have 14 million diabetic people by 2040 if no action is taken to manage the disease.

One of the nations where diabetes rates are rising daily is Pakistan. The silent killer diabetes ravages the human body.

The government is not doing any official action to prevent this disease in terms of raising awareness. Simply said, the government does not halt commercials and programmes that misrepresent how to treat diabetes. If nothing else, the government can greatly benefit the populace by putting an end to these deceptive programmes and marketing.

Our tragedy is that we let ourselves get complacent and believe that arranging a walk on World Diabetes Day counts as doing our part. The government must make substantial efforts to stop the spread of this illness. It is crucial to identify diabetes early and educate them about preventative measures.

Diabetes comes in two different forms. One starts in early childhood, and the other starts at age 40. Changes in diet and the migration of people from rural to urban regions are the main causes of type 2 diabetes. Because one of the main causes of this disease is our lifestyle, what we eat, and whether or not we are eating quality food, our younger generation in particular needs to be conscious. It is not only difficult but also impossible to stop the rise in diabetes patients unless there is governmental knowledge of the disease’s prevention.

The World Health Organization report states that Pakistan has no operational policies or strategies for preventing diabetes.

The National Diabetes Survey results, which were made public a few of years ago, are far higher than the projections and expectations that politicians and medical experts had made in relation to this disease. It was the first survey of its kind to be carried out in Pakistan or any other emerging nation in the previous five years. Seven to eight percent of Pakistan’s population, or 70 to 80 million people, may have had diabetes, according to earlier estimates. Experts predicted that this percentage could reach 15-20% by 2040, but shockingly, the number of Pakistani citizens with diabetes has risen to almost 26%, posing a serious threat to the entire country.

In the four provinces of the nation, both urban and rural areas, as well as the federal capital, participated in the poll. For this poll, seventeen teams of knowledgeable researchers took part. Approximately 11,000 people were tested for diabetes as part of this survey between August of last year and the present, and 7.14 percent of those who tested positive were new diabetes patients, or those who did not realise they had the disease. that they are afflicted by this illness.

More than 19% of respondents knew they had the disease, and more than 7% of respondents had their sickness officially confirmed as a result of a test used during the poll.

Another 14% of Pakistanis are at risk of acquiring diabetes later in life, according to the National Diabetes Survey. To determine the causes of the disease’s rapid spread, additional examination of the survey samples will be conducted; this process could take another six months.

The most recent such survey, which lasted for four years, was carried out in Pakistan twenty years ago. Whatever the survey’s findings, one thing is certain: in order to save the nation from this disease, the health policy must be changed, and prevention measures must be implemented at the school level.