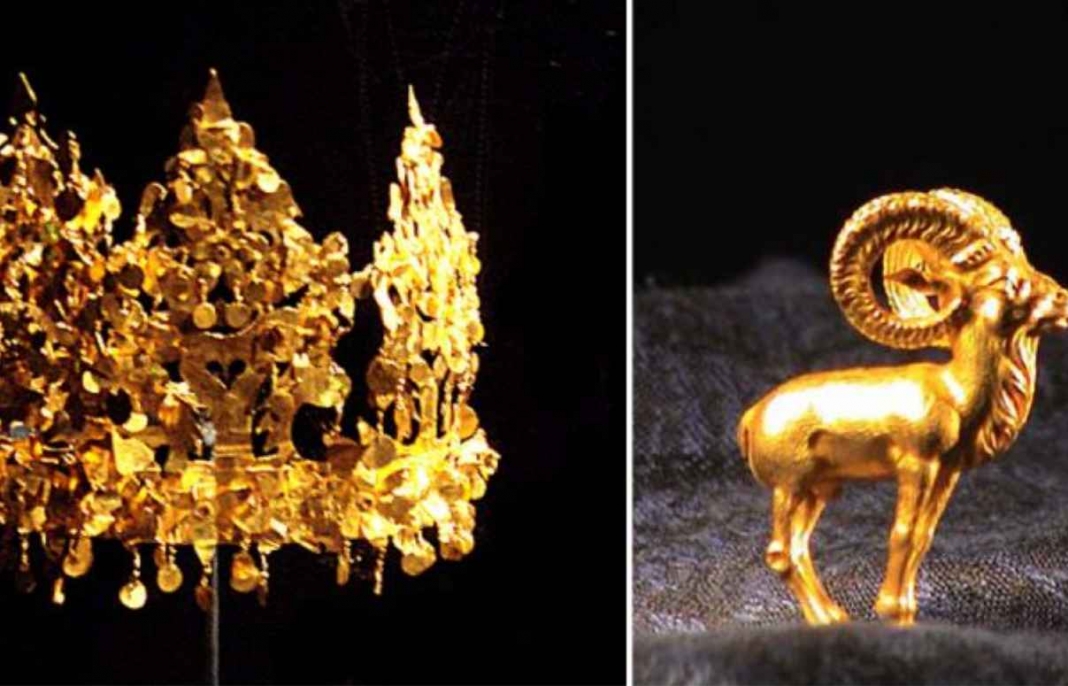 The Afghan Taliban have said that the 2000-year-old Bactrian Gold treasure was safe with them and that they were taking steps to protect it.

Taliban Culture Commission Deputy Head told Afghan news outlet Tolo News on Wednesday that any reports of the treasure being taken out of Afghanistan were false. The treasure was placed in the presidential palace for public viewing in February this year.

The value of the treasure to Taliban was captured articulately by the Smithsonian Magazine, which stated that 20,000 valuables were discovered in six graves from wealthy nomads in Tela Tapa in Sherbhargan province of Afghanistan. The treasure comprised of numerous artifacts including gold cupids, ornate figurines of ancient gods, dolphins, and dragons. It also contained jewelry, weapons, coins, and semiprecious stones such as turquoise, lapis lazuli and carnelian amongst others. Bactrian Gold also boasted an intricate five-inch-high foldable crown made from gold leaves, complete with a thumb sized sheep carved in the same metal.

The magazine also quoted archaeologist Viktor Sarianidi, head of the excavation project for Bactrian Gold from 1978 to 1979, who said that the findings ‘shook the world of archaeology’ as the treasure shared influences from multiple cultures like Classical Greek, Indian, Chinese, Persian, Roman and Siberian.

Bactrian Gold came to Afghanistan with Central Asian or Chinese nomads, according to Sarianidi. These were possibly the Yuezhi lords from China who later founded the Kushan Empire in India. Sarianidi had to leave the excavation site just before civil war erupted full scale in Afghanistan, which left a seventh grave vulnerable to looters. The archaeologist boxed up the 20,000 artifacts that he had dug out and delivered them to the Kabul Museum till they were reportedly moved to a bank vault in 1989.

Taliban standing guard over the treasure, an Afghan heritage marvel, stands in stark contrast to the group’s previous treatment of historically significant sites. In March 2001, the Taliban blew the Bamiyan Buddhas to smithereens, which was a site on UNESCO’s World Heritage List.

The monuments that were carved into a mountain in the 6th century depicted Vairocana Buddha and Gautama Buddha and were once amongst the tallest statues in the world. After the Taliban takeover in August, reports also emerged that they demolished archways that commemorated ISESCO’s declaration of Ghazni as the cultural capital of the Islamic Civilization in 2013.

The destruction of the archways concerned UNESCO, who said in a statement that the Afghan Taliban must protect historic and cultural sites from deliberate looting and plundering.