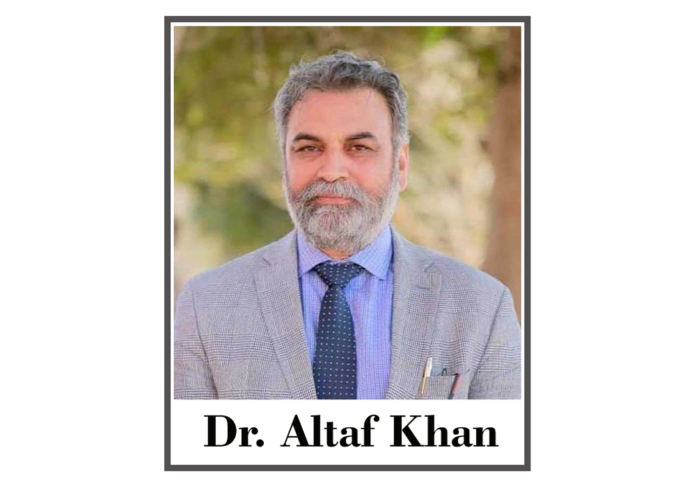 Freedom of expression is the recognition of the right of each and every individual to express their opinion. Freedom of thought follows the same principle, but the former might get you killed while one could live with the latter without getting into harm’s way. Most of the time the two expressions are interchangeably used without knowing the consequences. While the thought is latent action, expression is manifest thought.

Governments hate the expression, while they are cognizant of the power of thought, but don’t have much to offer in terms of punitive action. A whole regime of truth is supported to leash thinking and regiment its freedom. Thought policing is a continuous restrictive process, supported by the power wielders in every society. It is instilled in the sociocultural narrative to become a norm. Religion, education, and everyday mannerisms are woven around the web of don’ts to muzzle the human mind. All these restraints are made sacred to develop an omnipresent but evasive structure, like the phantom of the opera to nip the freedom of thought in the bud.

The role of the intelligentsia is very important in every society to resist thought policing. This is the reason why the term positive morality is used for social action led by academics, journalists, social activists, and other fora of social action. In opposition to this is negative morality, the government’s effort to halt change in every given society. In an ideal world, there’s a balance between negative and positive morality. The power or governance structure of society tries to regulate human action by limiting the degree of innovation in society. The intelligentsia, on the other hand, keeps pushing the limits of structural regulations to keep the necessary progress in society. Both respect each other’s existence and live in harmony while testing each other’s strength.

The ideal is never achieved, but the recognition of this continuum is accepted as a social reality. That’s democracy. But as lord Acton rightly said, “power corrupts and absolute power corrupts absolutely “, the hunger for control never leaves the power to rest their case and live in bliss. They conspire. And the greatest conspiracy against free thought is the installing organic intellectuals, the rubber-stamp intelligentsia.

Organic intellectuals are supported by the power structure in every society. The policy of reward and punishment is used to enhance a conformist narrative. Those supporting the status quo are awarded perks and privileges while the custodians of positive morality, the ones challenging the dominant narrative, are barred from each and every position of power. They are made an example of deterring any following in their footsteps.

The organic or rubber stamp intelligentsia controls the narrative by being the support system of the status quo on the one hand, while from within the same group one finds vehement opposition to the existing system. They criticize the system within the frame of the status quo, leaving the root cause of the problems undistributed. There is a global flourishing of these. They will always agree to the larger, commonly abstract notions of cultural stagnancy. Patriotism, religious or parochial anecdotal morality, and apologetic support for cultural biases are their common traits. Their critique of the sociocultural or political structure will always abstain from going after the root causes of social inequality, poverty, injustice, or cultural stagnancy. They will target individuals, movements, or weaker human groups within a society, which ends up in nothing else but victim blaming.

Interestingly, these otherwise shallow entities make up for their lack of depth with personal anecdotes, fallacious philosophizing, and selective historicity. Most of these rubber-stamp intellectuals create a kind of nostalgic melancholy in their narrative, focused mostly on anecdotes based on a faulty and selective sense of history along with a twisted interpretation of philosophy. Since the power structure benefits from their narrative, there is a mutually beneficial relationship. They become heroes and idols, revered by the young and old. The youth aspires to emulate them and tries to follow their discourse patterns in the hope of achieving the same success as their idols. Some of them get into the corridors of empty rhetoric and see a future for themselves under the umbrella of the existing narrative builders.

Hence, the battle of ideas is won without forcing anyone into direct compliance. The narrative is built and sustained by the very group of people who were supposed to challenge it. The small faction of rebels gets nothing but notoriety. One can see the transformation of media, academia, and public intelligentsia in Pakistan through a historical process. Nationalization of vocal newspapers in the 1950s by forming the National Press Trust, control and division among the writers and intellectuals by forming the Writer’s Guild happened in a strategic historic process during a military dictatorship. But these practices were never disowned by any civilian, democratic government. The bourgeoisie advising class within the sociopolitical system kept the utility of these harmful structures alive, confining Marx’s ideas of the working class serving the capitalist than the proletariat, the ones in need of the support.

Universities were not spared. They were too important to be left alone. The steady battle of control over academia was won with great difficulty, but the power centres got their wish at last. The very status of autonomous bodies has been transformed into a subservient body at the end of the chain of command has taken many decades, but it has eventually happened.

The road ahead is not that of freedom. The freest minds in such structures are the ones choosing a different lie out of a thousand and one lies offered by the sociocultural narrative where no matter who wins the musical chair, the circle remains the same.