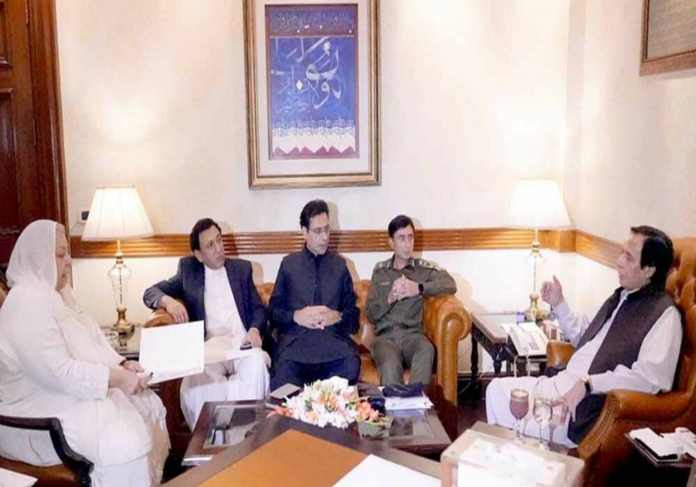 He issued these orders while chairing a meeting at his office in which Punjab Health Minister Dr Yasmin Rashid presented an inquiry report about incident.

On his direction, head of the anatomy department Prof Dr Maryam Ashraf and demonstrators Dr Abdul Wahab and Dr Seerat Abbas, SHO of Police Station Shah Rukn-e-Aalam Colony Umer Farooq and SHO Police Station Seetal Mari Saeed Sial, and hospital employees Ghulam Abbas, Muhammad Sajjad Nasir and Abdul Rauf have been suspended and removed from their posts. The CM has also directed that action under PEEDA Act should also be taken against the negligent officials as such a treatment with corpses was unacceptable. “An inhuman act has been committed by throwing dead bodies on the rooftop and disrespect to corpses is intolerable”, he further said.

Meanwhile, legislators demanded the federal government to set up a parliamentary committee to probe the issue of unidentified dead bodies found on the roof of Nishtar Hospital.

Taking the floor of the Lower House, Kishwar Zera suggested thata comprehensive report should be sought from the Punjab government over the issue.

Abdul Qadir Mandokhel said the response of the hospital management over the matter was not satisfactory, so a parliamentary committee should be constituted in that regard.

Mohsin Dawar also expressed concerns over the issue and asked the federal government to take up the issue with the provincial government.

Federal Minister for Parliamentary Affairs Murtaza Javed Abbasi assured the house that a report would be sought from the provincial government and it would be tabled in the House.

The matter had surfaced last week on Thursday after videos of bodies dumped at Nishtar Hospital’s rooftop were widely shared on social media and Adviser to the CM Chaudhry Zaman Gujjar had visited the hospital and found several putrefied bodies on the rooftop of its mortuary.

After the visit, he had ordered the cremation of the bodies and directed the health authorities to take action against the employees involved in the matter.

Bashir was made the convener of the committee, while its members included Dr Masood Rauf Haraj of Nishtar Medical University, Assistant Professor Anatomy Dr Shafiqullah Chaudhry, Senior Medical Officer Dr Muhammad Arfan Arshad and one representative each from the deputy commissioner and the city police officer of Multan. The committee was directed to submit its report after three days (today).

Following a massive media uproar, the Punjab government had also sprung into action on Friday and ordered an inquiry into the incident.